Kevin Belingon returns to action on ONE Championship’s Myanmar card 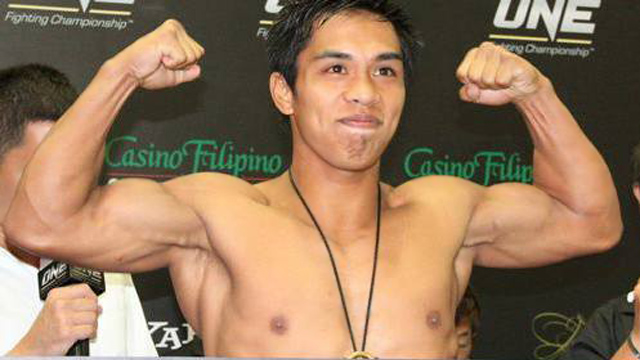 MANILA, Philippines – Following his painful title loss earlier this year, Filipino fighter Kevin Belingon is set to make his return to the ONE Championship cage by taking on Tajikistan’s Muin Gafurov in a 3-round bantamweight contest as part of the organization’s “State of Warriors” event on October 7.

The 28-year-old Baguio City native has only won 4 of his last 9 bouts under the ONE Championship banner, and the last time that Belingon had his hand raised was when he outpointed Japanese journeyman Koetsu Okazaki by unanimous decision in December 2014.

The man standing in Belingon’s re-entry to the winner’s column is Gafurov (10-1), who tasted his first career loss at the hands of Filipino-Australian stalwart Reece McLaren via unanimous decision this past April.

In his first ONE Championship outing in September 2015, Gafurov knocked out Casey Suire in just 55 seconds with a spinning back kick to the midsection.

The 20-year-old combatant from Dushanbe, Tajikistan followed it up by attaining a statement-making victory over one-time bantamweight title challenger Toni Tauru last January by disposing the Finnish fighter in the third round.

Also slated to compete at ONE: State of Warriors is Belingon’s teammate Joshua Pacio, who vies for the promotion’s strawweight championship against Yoshitaka Naito.

ONE: State of Warriors takes place at the Thuwanna Indoor Stadium in Yangon, Myanmar. – Rappler.com