Sep 25, 2016 11:37 AM PHT
Nissi Icasiano
Facebook Twitter Copy URL
Copied
Arthur Villanueva settles the score with Juan Jimenez with a solid right cross for the knockout in the second round 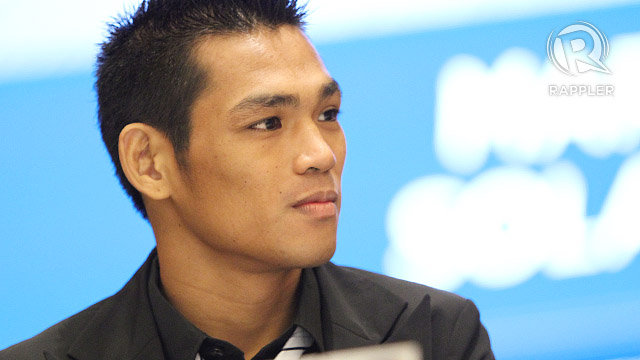 MANILA, Philippines – Filipino pugilist Arthur Villanueva left no doubt in his second encounter with Juan Jimenez by knocking out the Mexican boxer on the undercard of Pinoy Pride 38 on Saturday, September 24 (Sunday, September 25 in Manila) at the StubHub Center in Carson, California.

The 27-year-old native of Bacolod City, Negros Occidental settled the score with Jimenez by delivering a solid right cross that turned the lights out on the Mexican at 2:20 of the second round.

Jimenez was seeking to avenge his odd fourth-round knockout loss to Villanueva last May when he was rendered unconscious by an inadvertent head-butt from his Pinoy rival.

Following Villanueva’s controversial win, ALA Promotions acceded to the request of Jimenez’s camp for an immediate rematch as the opposite party claimed that it was caused by an accidental head-butt and not by a legitimate punch.

Villanueva validated his first win over Jimenez with a vicious second-round knockout triumph as he uncorked a wild right hand that planted the Mexican fighter face first on the canvas.

With the impressive victory over Jimenez, Villanueva improves his professional record to 30-1 with 16 KOs and retains the WBO Asia Pacific bantamweight title.

Meanwhile, Jimenez downgrades his win-loss slate to 22-11, 15 KOs and tastes his tenth knockout setback in his career. – Rappler.com