IN PHOTOS: Barangay Ginebra returns to the PBA Finals MANILA, Philippines – Barangay Ginebra finally made it back to the PBA Finals after a 3-year wait Tuesday, October 4, when they blew out defending champion San Miguel Beer, 117-92, in a do-or-die semifinals game 5 in the 2016 Governors’ Cup.

The Gin Kings have a shot at ending their 8-year title drought beginning Friday against the Meralco Bolts.

Ginebra raced to an early 33-12 lead after the first quarter followed by a brief dry spell in the second quarter, before ultimately breaking the game wide open in the third in what was the team’s best offensive showing of the entire conference.

Emotions began pouring out for Ginebra after the final buzzer with hugs, smiles, and celebrations all around, from the players on the court to the fans all the way up in the rafters.

Check out photos from the huge victory below. 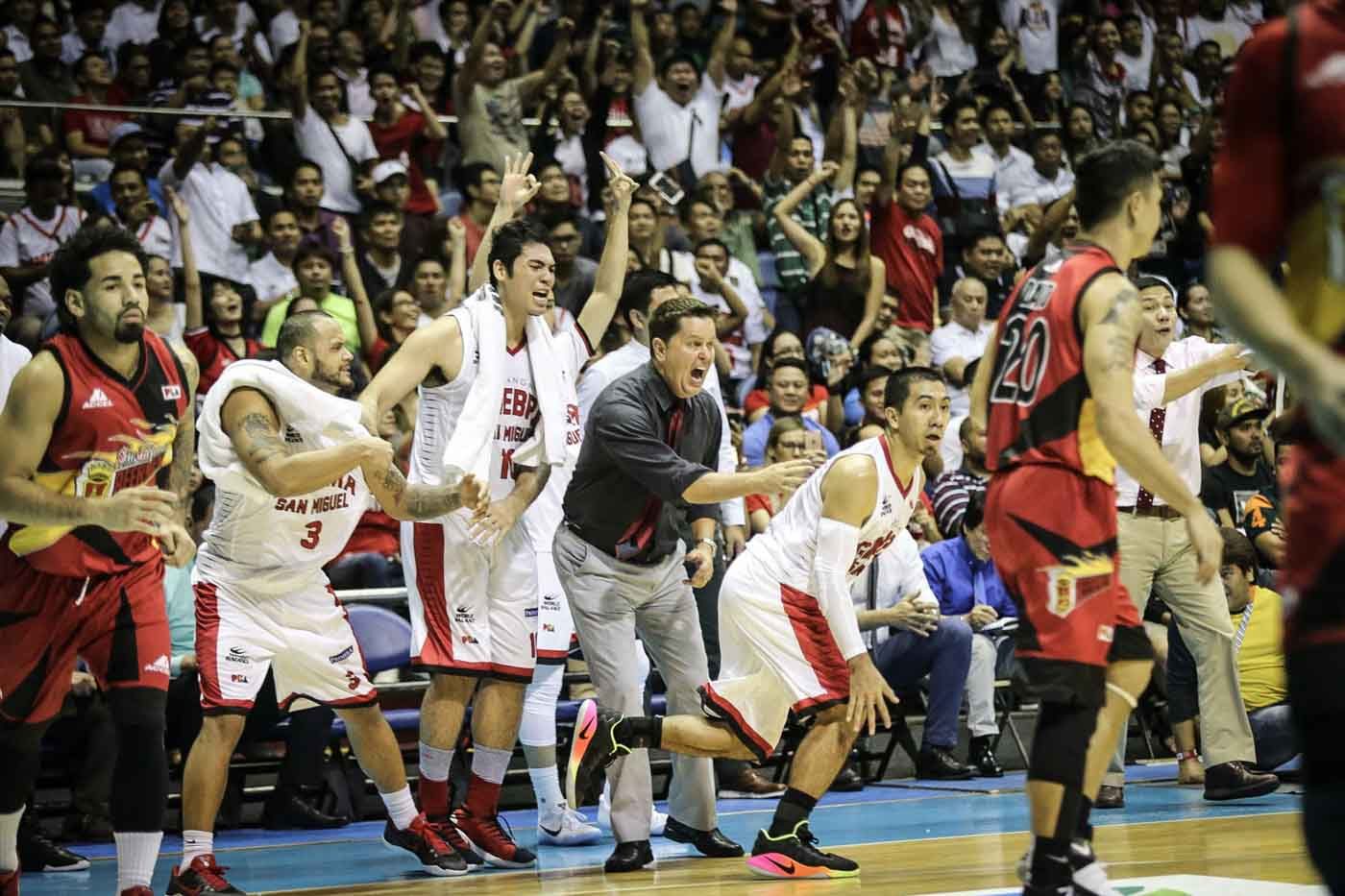 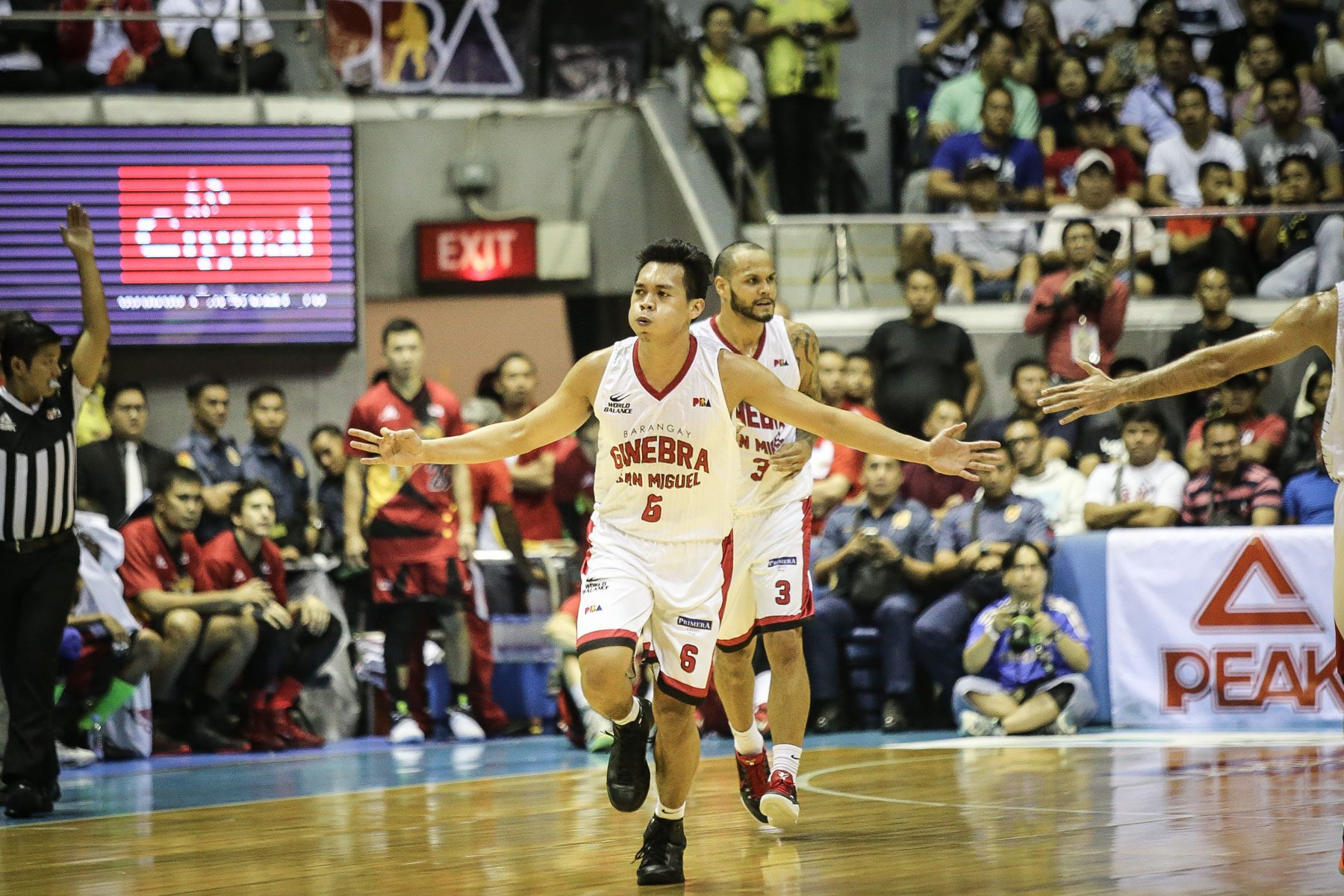