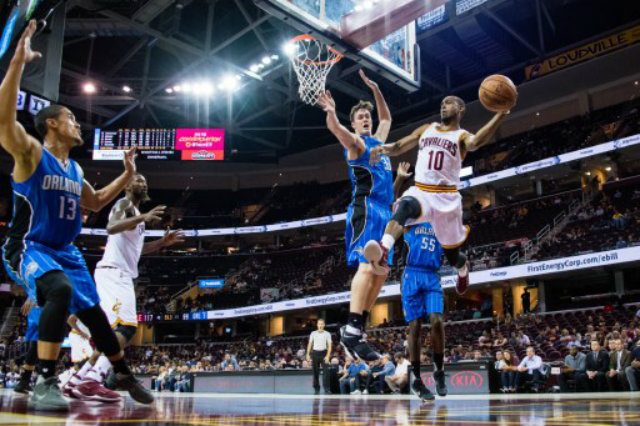 LOS ANGELES, USA – LeBron James and the Cleveland Cavaliers looked every inch the reigning NBA champions Wednesday, October 5, opening the preseason with a 117-102 victory over the Orlando Magic.

The Cavaliers led by as many as 31 points, even with Kyrie Irving taking a night off, the Cavaliers preferring to rest their star guard for the exhibition after his exertions in helping the United States to Olympic gold in Rio de Janeiro.

“Playing, winning the championship and then playing this summer in Brazil, winning the gold medal, we just thought (it was) a lot of wear and tear on his body, especially in the playoffs when he was playing probably 38 or 39 minutes per game,” coach Tyronn Lue said.

“For the preseason, we just want to let him get his legs under him, bring him along slowly and pick it up as the season progresses, but we don’t want to wear him out, get him to the point where his body is aching or different situations where something is tweaked.”

James, coming off his third NBA Finals Most Valuable Player Award after leading the Cavs over the Golden State Warriors in last season’s championship series, scored 7 points on 3-of-4 shooting with 6 assists in 13 minutes on the floor.

“It was fun to get back out there,” James said.

James and Love were the only starters from those that opened Game 7 of the NBA Finals against Golden State.

Along with Irving the Cavs were without Tristan Thompson, nursing a sore foot, and guard J.R. Smith, who has become a free agent and has yet to strike a new deal with the Cavs.

“We’ll have our full group at some point,” James said. ‘It didn’t feel weird. It’s pre-season.”

The Cavaliers will launch their title defense in earnest on October 25, when they host the New York Knicks on the opening night of the regular season.

One ring will go to former coach David Blatt, who was unceremoniously sacked at midseason and replaced by assistant Lue.

“It’s not my championship, I recognize that, but I also feel that I did something there, and I graciously accepted because it was a gracious offer on their part,” Blatt said of his decision to accept in remarks reported by the Akron Beacon Journal. – Rappler.com