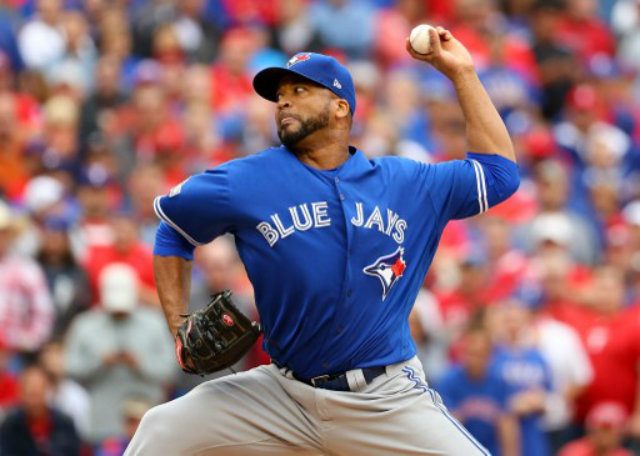 LOS ANGELES, USA – Toronto Blue Jays pitcher Francisco Liriano was hospitalized Friday, October 7 after he was struck in the back of his head by a line drive off the bat of the Rangers’ Carlos Gomez.

The frightening incident came in the eighth inning of Toronto’s 5-3 Major League Baseball playoff victory over the Rangers in Arlington, Texas.

Liriano was able to walk off the field under his own power, and he was taken to hospital in an ambulance.

“He got hit somewhere back in here,” Toronto manager John Gibbons said, indicating the back of his head and neck.

“I couldn’t tell you exactly where. So he’s just going for some further tests. Any time you get a head injury, you have to get it looked at. So that’s about the extent of it right now.”

Gomez, a good friend of his Dominican Republic compatriot Liriano, looked shaken as he advanced to first base on the play. The ball glanced off Liriano as he completed his follow through and then it travelled on to centre field.

“It was scary,” Gomez said. “You don’t want to hurt anybody.” – Rappler.com