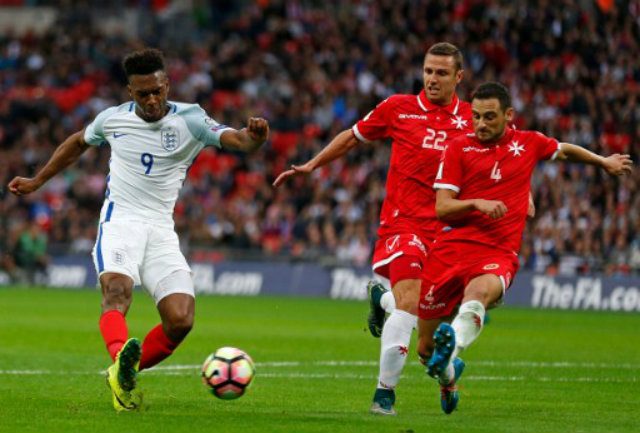 Daniel Sturridge and Dele Alli scored first-half goals in front of a crowd of 82,000 at Wembley to steer England to a second straight win in Group F, leaving them two points clear at the top.

Alli then combined cleverly with Henderson to grab England’s second goal 7 minutes before half-time, the duo exchanging passes on the edge of the area before the former poked home the rebound after his initial effort was saved.

“We, at times, played some really nice stuff in both halves, and had plenty of chances to have made it more comfortable,” said Southgate, who has been appointed on a temporary basis following Sam Allardyce’s shock departure.

“In the second half, subconsciously, there was a feeling the game was won and we were looking towards Tuesday physically. We didn’t bomb forward as we might have done had the scoreline been tighter. There’s room for improvement, but that’s not a bad place for us to be.”

Southgate and England will expect a much trickier assignment in Ljubljana when they take on Slovenia, who claimed an important 1-0 home win over Slovakia, in 3 days’ time.

Substitute James McArthur rescued a point for Scotland with an 89th-minute equaliser in a 1-1 draw at home to Lithuania, who had taken the lead through skipper Fiodor Cernych.

Thomas Mueller netted a brace with Toni Kroos also on target as reigning world champions Germany extended their perfect start to Group C against the Czech Republic in Hamburg.

Mueller failed to score at Euro 2016 this summer but has since rediscovered his goalscoring touch at international level with four goals in his country’s opening two qualifiers.

He tucked away Mario Goetze’s pass to nudge Germany ahead on 13 minutes, before converting a Jonas Hector cross midway through the second half after Kroos had doubled the lead shortly after the break.

“We can be very happy with the win and we had a good grip on the game,” said Germany coach Joachim Loew.

“After 60 minutes you could see the opposition had run themselves into the ground and didn’t have any more clear chances.”

Kyle Lafferty struck twice, Steven Davis converted a penalty and Jamie Ward also scored to hand Northern Ireland a 4-0 win over San Marino, while Norway suffered a shock 1-0 loss away to Azerbaijan, who now have two wins from two.

Robert Lewandowski, Mueller’s strike partner at Bayern Munich, tormented Denmark as he grabbed a hat-trick in a 3-2 victory in Warsaw to leave Poland level on four points with Montenegro and Romania in Group E.

Romania thrashed 10-man Armenia 5-0 in Yerevan as the visitors punished their opponents after the dismissal of Gor Malakyan in just the third minute, while Montenegro defeated Kazakhstan by the same scoreline. – Rappler.com