UP shows pride and belief in win against Ateneo Facebook Twitter Copy URL
Copied
The bar had been set low for the Fighting Maroons in recent years. On this day, UP wouldn't settle for second place against the Blue Eagles

MANILA, Philippines – The crowd at the Mall of Asia Arena on Saturday, October 8, wasn’t sold out, but with the amount of euphoria resonating from the side covered in maroon and black, it wasn’t difficult to imagine the entire 15,000-seating capacity stadium being packed.

Jett Manuel, who’s seen all the ups and downs his Fighting Maroons could muster since his arrival on campus in 2010, stepped up to the free throw line with 7.2 seconds remaining.

On one side of the door – which would be opened with two made free throws – was ecstasy. Miss one or two, and Manuel entertains the possibility of another UP heartbreak. So when he stepped up to the white line, he thought about his basketball inspiration.

“Going to the line, or during clutch situations, I follow my idol. So I was just telling myself, ‘Mamba Mentality,’” Manuel told Rappler.

Manuel made both and a smile immediately appeared on his face. UP was up by 4, 56-52, and Ateneo had no time-outs left. The Maroons’ team captain forgot the Blue Eagles could no longer set up a play, but his teammates reminded him they were about to run the full end of the court for an attempt at a miracle.

“It felt different from the first win that we had,” he later said, “but the feeling of winning is still the same.

“When I looked back, I locked in on Thirdy [Ravena] cause I knew he was going to take the shot. So no fouls, just contest the 3, and then just end up with the win.”

Ravena’s 3-pointer went in and out. Wouldn’t have mattered anyway, since UP was ahead by two possessions thanks to their veteran’s clutch heroics. And as the final buzzer sounded, each member of the Maroons – led by head coach Bo Perasol – was in a celebratory mood. It almost felt like a championship win.

Is that weird for a team which just improved to 2-6? A little bit, sure.

But you also have to remember the context surrounding the team. For what’s felt like forever now, UP has been the cellar-dweller of UAAP basketball. For so many years, all the cheesy cliches have been utilized: “nowhere to go but UP,” “changing the culture,” and many others. But when it comes to qualitative proof of their improvement, that was hard to come by.

Season 79 felt like it was going to follow the same script, even with the arrival of Perasol. UP entered the second round with a 1-6 record, more likely than not no longer going to make the Final Four. The expectations went from “let’s make the playoffs” to “let’s win more games than last year” to “let’s get more than one win” real quick. It felt like another cold splash on the face of reality. 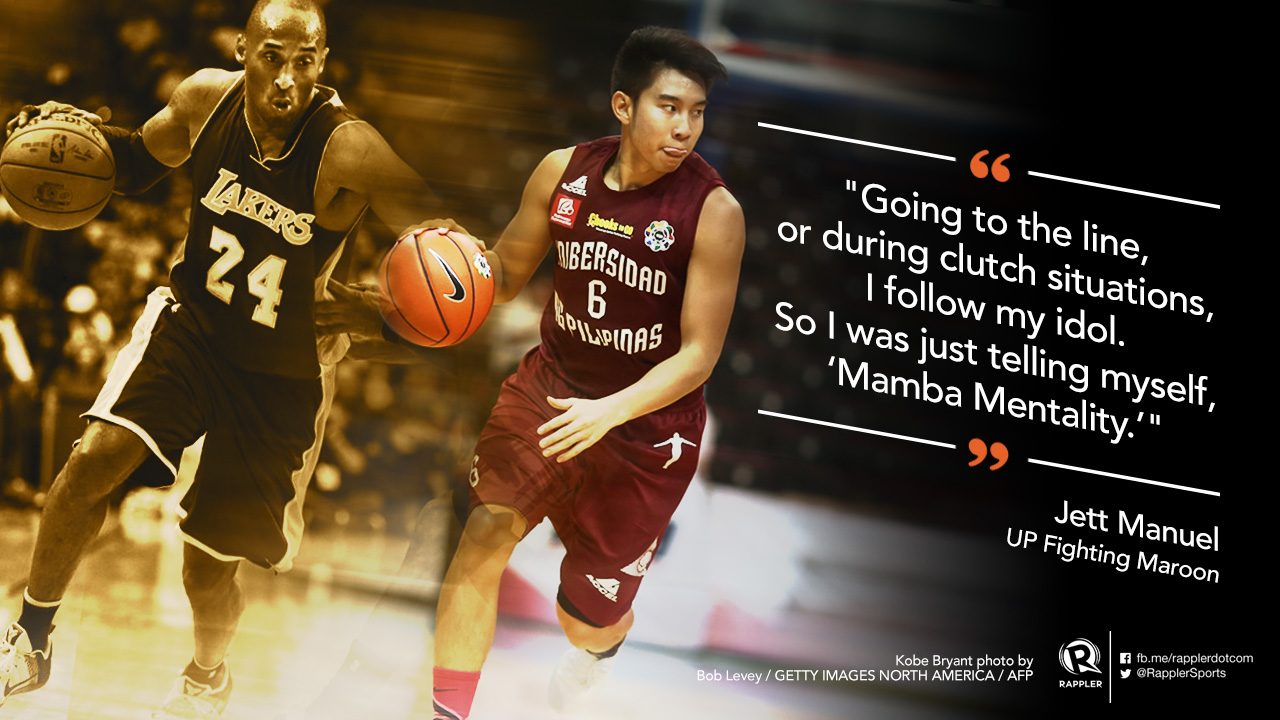 Although there was always something different about this Maroons team dating back to the first game of the year. They weren’t quitters. Unlike rosters from previous seasons, UP wasn’t contented with just appearing in games or settling for, as Manuel previously pointed out, “Malakas talaga [ang kalaban].” As romanticized as it sounds, these Maroons actually put the fight in “UP fight!”

“Our mindset was, you know, we can’t be 1-6. Me, personally, it’s my last year and I don’t want to go out leaving my UAAP career with a 1-win record. So that really drove me, and I’m happy that the team also responded to that,” said Manuel.

It was also special, of course, that the win came against Ateneo. The Fighting Maroons-Blue Eagles rivalry has always been something born more out of the universities’ proximity – they’re Katipunan neighbors – than on the court. For years, the players in blue have dominated their opponents from UP, including when both teams faced in the first round.

The Maroons’ victory against the Eagles on Saturday? It was their first since 2009. Just think about it. UP beat Ateneo for the first time since Gloria Macapagal Arroyo was still president of the Philippines. Since Norman Black was still coaching the Blue Eagles, who were on the second year of their 5-straight championships run. Since Game of Thrones was still known as a book series and not a HBO hit show.

“The added incentive for that is I was telling them, most especially Jett and all the other graduating individuals and players there, that we’re not going to wait for another 7 years just to beat Ateneo again,” said Perasol.

The most important factors of the win? Pride and belief. UP wasn’t willing to falter, even with bad bounces, an offensive foul that erased Gelo Vito’s first 3-pointer, and a history which indicated the Maroons were going to choke. Getting that ‘W’ also means that, just maybe, UP is actually better than it thinks, and just needed something tangible to give them that confidence moving forward.

“The main thing we discussed is, looking at the second round, we really believed we’re better than 1-6. I really thought if we could have been able to close out games like we did today, then we could have won a couple more games,” said Perasol.

“I think that the main thing that we really need to work on is (the) feeling and (the) belief that we can win – that is the main thing. I was trying to emphasize with them, individually, I think they can match up with anybody,” he later added.

This isn’t to say UP fans should expect the team to rack up consecutive wins from here on out. Who knows if the Maroons even end up surpassing their 3-win total from last season. But the point here is that they will sure as hell try, and more significantly, the faith in coming out of the winning end instead of being on the butt end of jokes for a change is present, which is quite a big thing.

Up next for the Maroons is Adamson, which is undergoing its own change of culture and blew out UP in their first-round meeting, but Perasol believes they “can match up well” against the Falcons, and then from there on, it’s one contest at a time.

“For me, personally, and for the team, I just want us to focus on each game at a time. We prepared hard for Ateneo, and now we’re going to look to our next game,” said Manuel.

Vito just hits another three since his first one didn't count.#UAAPSeason79 pic.twitter.com/ROQ5onTSpI

With 21 seconds remaining in the game, Manuel was handling the UP possession which was born out of the hustle and offensive rebound of Noah Webb. After scanning the floor, UP’s team captain attacked the wing, drew two defenders, and found an open Vito from the right corner.

The big man from La Salle Greenhills high school had missed 8 out of 9 3-pointers before setting his feet, locking his eyes on the rim, and letting it rip. Days before the game against Ateneo, the frustrated Vito had worked hard on his 3-ball, trying to discover the shooting stroke which ended up being a huge determinant in his team’s snapping of a 7-year, 15-game losing streak.

Later in the press room, Vito and Manuel – who were sandwiching Perasol – had a short conversation that encapsulates what may now be the new UP morale.