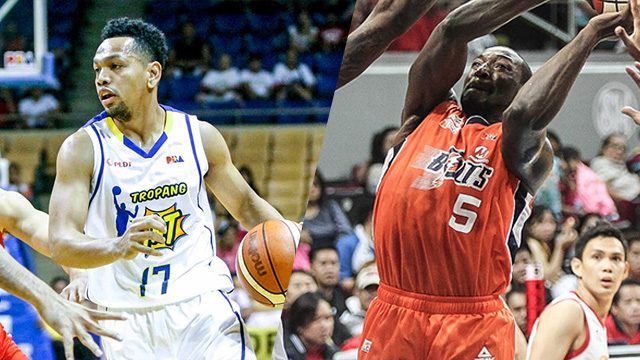 Castro, the 5-foot-10 TNT KaTropa playmaker, last won the award in the 2015 Commissioner’s Cup, when TNT won the title.

Castro led TNT to a dominant 10-1 finish and the top seed after the eliminations but fell short in 4 games to sister team Meralco in the semifinals.

Asia’s best point guard, who retired from national team play after the FIBA Olympic Qualifiers 3 months ago, came just two points shy of tying his career-high 44 points when he dropped 42 on Phoenix in the quarterfinals.

Durham, who has been instrumental to the Bolts’ run to their historic first finals appearance, normed 29.4 points, 15.2 rebounds, 4.9 assists, 1.1 steals, and 1.4 blocks through to the semis.

Durham, 28, won the award in his second PBA stint, two years since playing a handful of games for Barako Bull (now Phoenix) in the 2014 Governors’ Cup.

Brownlee has flourished with Ginebra despite initially serving as a reliever for injured Paul Harris. – Rappler.com