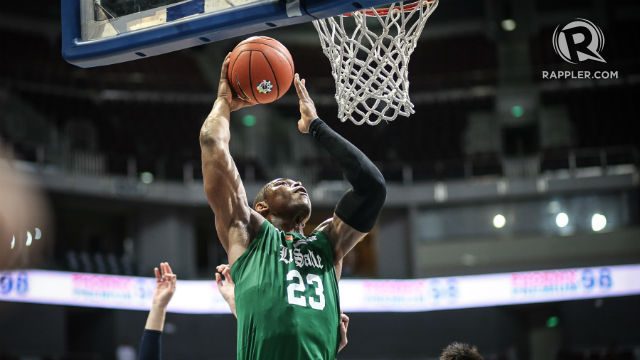 Ben Mbala and Abu Tratter, De La Salle University’s starting frontline, delivered a pair of highlight dunks in the first half of the Green Archers’ game against the Adamson Soaring Falcons on Sunday, October 9, at the Mall of Asia Arena.

Mbala’s slam came with 4:14 left in the first half, courtesy of a dish from Ricci Rivero. He was also fouled:

Around two minutes later, Tratter was left open on a fastbreak and provided his own poster slam: