Is Tiger Woods ready to return? The golf world wants to know 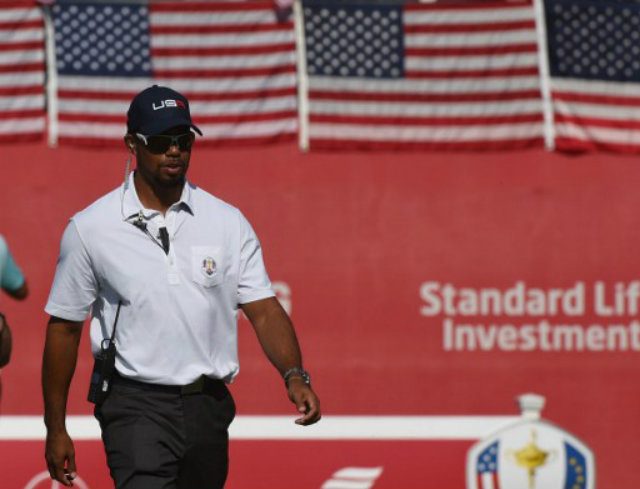 LOS ANGELES, USA – Tiger Woods, 14 months removed from his last competitive outing, nearing his 41st birthday and in recovery from multiple back surgeries, still ignites interest like no other golfer.

The 14-time major champion will tee it up on Thursday, October 13 at the Silverado Resort in Napa, California, in his first competitive start since a 10th-place finish at the Wyndham Championship on August 23 of 2015.

The normally low-key Safeway Open, start of the USPGA Tour’s 2016-17 season in California’s Wine Country north of San Francisco, is suddenly the center of the golfing world.

“I’m sort of glad I’m not there that week,” Northern Ireland’s Rory McIlroy said when Woods announced the projected timetable for his return in September. “It’s going to be a bit of a circus.”

Compared to 45 media outlets credentialed in 2015, 106 are credentialed for this year, with organizers doubling the physical size of their media center.

A similar jump in ticket sales was expected, with some reports suggesting fans could be treated to a superstar pairing of Woods and five-time major winner Phil Mickelson in the opening rounds.

Not that Woods needs any help to draw a spotlight, and rampant speculation on just where his game might be after more than a year of painstaking rehabilitation.

“We’ve played nine holes together. He’s pounding it a mile and flushing everything …  his trajectory and ball flight are like the Tiger we knew 15 years ago,” Sweden’s Jesper Parnevik told Golf Digest in early October.

“Comebacks are never a sure thing, but something tells me his might be spectacular.”

Woods, who will turn 41 on December 30, might settle for steady, with no setbacks.

His agent slammed reports in February that Woods’s rehabilitation wasn’t going well, and that his condition had deteriorated.

In May, promoting the National tournament he hosts, Woods insisted he was making progress — but plunked three shots in the water trying to reach the green of Congressional’s par-three 10th.

Woods said then that he’d had to adapt to a new reality, his body no longer able to support eight or 10 hours of practice a day, or daily runs of five or six miles.

Still, he said in June: “I can play with these guys. I know I still can, I just need to get healthy enough where I can do it on a regular basis.”

On Thursday, Woods and the rest of the world will begin to find out if he has achieved that level of fitness.

Although he’s been sidelined before by various ankle, knee and leg injuries, not to mention the notorious collapse of his marriage amid revelations of his infidelity — this 14-month hiatus is the longest of Woods’s career.

He hasn’t won since the 2013 WGC Bridgestone Invitational, the 79th PGA Tour title of his career leaving him 3 shy of the record held by Sam Snead.

His most recent major title came on one of those bum knees at the 2008 US Open at Torrey Pines, and since then he’s looked less and less likely to break the record of 18 majors won by Jack Nicklaus.

“He brings an aura and an atmosphere to a tournament that no one else in golf can bring,” said McIlroy, who like everyone else is eager to see what Woods will produce next.

“It’s different trying to get back from an injury at 40 years old than it is when you’re in your 20s or early 30s,” McIlroy said. “I think that’s why it’s been over a year since we have seen him on a golf course.