NAASCU wants to make an impact as major college league 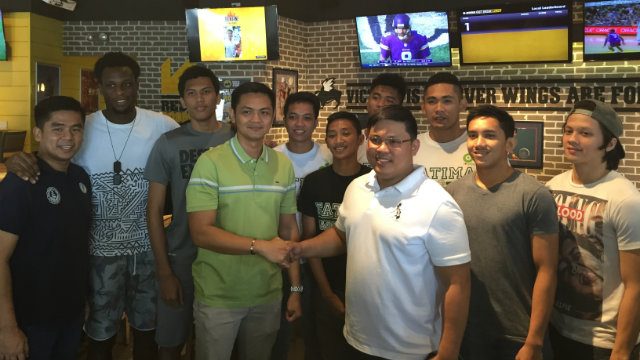 Facebook Twitter Copy URL
Copied
After receiving national exposure on Solar Sports, the NAASCU aims to provide spotlight for players whose schools aren't in the NCAA or UAAP

The National Athletic Association of Schools, Colleges and Universities or NAASCU which currently has 14 member schools, has recently been afforded national television coverage by Solar Sports this season and it’s been reaping a positive response from the viewers.

NAASCU President Dr. Jay Adalem thinks a third major collegiate league based in the National Capital Region can only benefit basketball’s grassroots development, giving exposure to players whose schools aren’t in the NCAA or UAAP.

“We are overwhelmed by this exposure. It’s actually our first time to be exposed on live TV,” said Andalem of the 15-year-old college league.

(Where will you join? We’re in Metro Manila so you cannot join CESAFI in Cebu.)

NAASCU has been around since 2001 but until has been under the radar without television coverage. Because of this, professional and semi-professional leagues are taking notice of NAASCU’s players which coaches and players hope, will end up in recruitment.

Marketing Manager for Sports of Solar, Paulo Fernandez, said that they have found huge potential in NAASCU which made them decide to pick it up for a TV coverage. Furthermore, Fernandez added that they are now more interested in covering local leagues and grassroots sports programs.

“We see that the competition level of the league is already there. What it only lacks is the exposure.”

President Adalem also emphasized that this is their part in providing talents to the country’s pool of athletes.

“Sports is one of the primary responsibilities of the government. The only way that the private sector can help is through the schools. They have to develop sports programs for the youth for us to help. Instead of the government shelling out so many millions of pesos, it will actually be via the schools.”

“NAASCU will help the government in this to provide talents for them to hone in the future and bring back our former Asian dominance,” Adalem said.