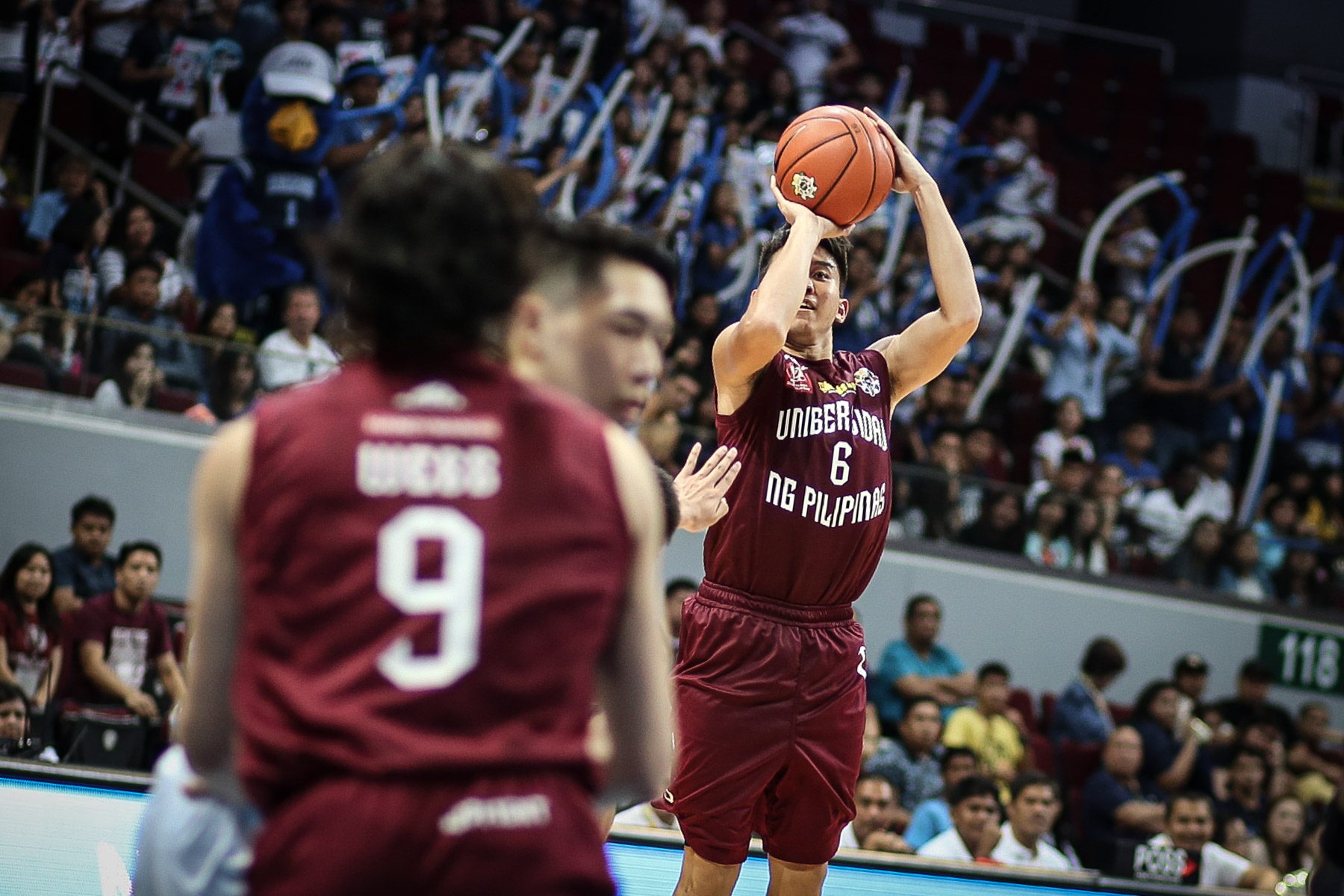 Entering the second round of UAAP Season 79 with only a 1-6 record, the UP Fighting Maroons have won two straight games after defeating the Adamson Soaring Falcons, 70-66, on Wednesday, October 12, at the Mall of Asia Arena in Pasay.

The Maroons, who trailed 20-9 early in the game, rallied and took control in the third quarter before holding on for the win late thanks to big shots by Paul Desiderio and Jett Manuel.

The win improved UP’s record to 3-6, matching the team’s win total from last season. Adamson, which started the year winning 3 of its first 4 games, dropped to below .500 at 4-5 following a second consecutive defeat.

Manuel led UP with 16 points and 6 boards while Desiderio pitched in 16 points and 3 boards. Rookie Javi Gomez De Liano finished with 13 points on a perfect 5-of-5 shooting plus 6 rebounds.

Adamson was led by the 18 points and 11 rebounds of big man Papi Sarr, who also had 6 turnovers. Team top scorer Jerrick Ahanmisi was held scoreless in 25 minutes. – Rappler.com