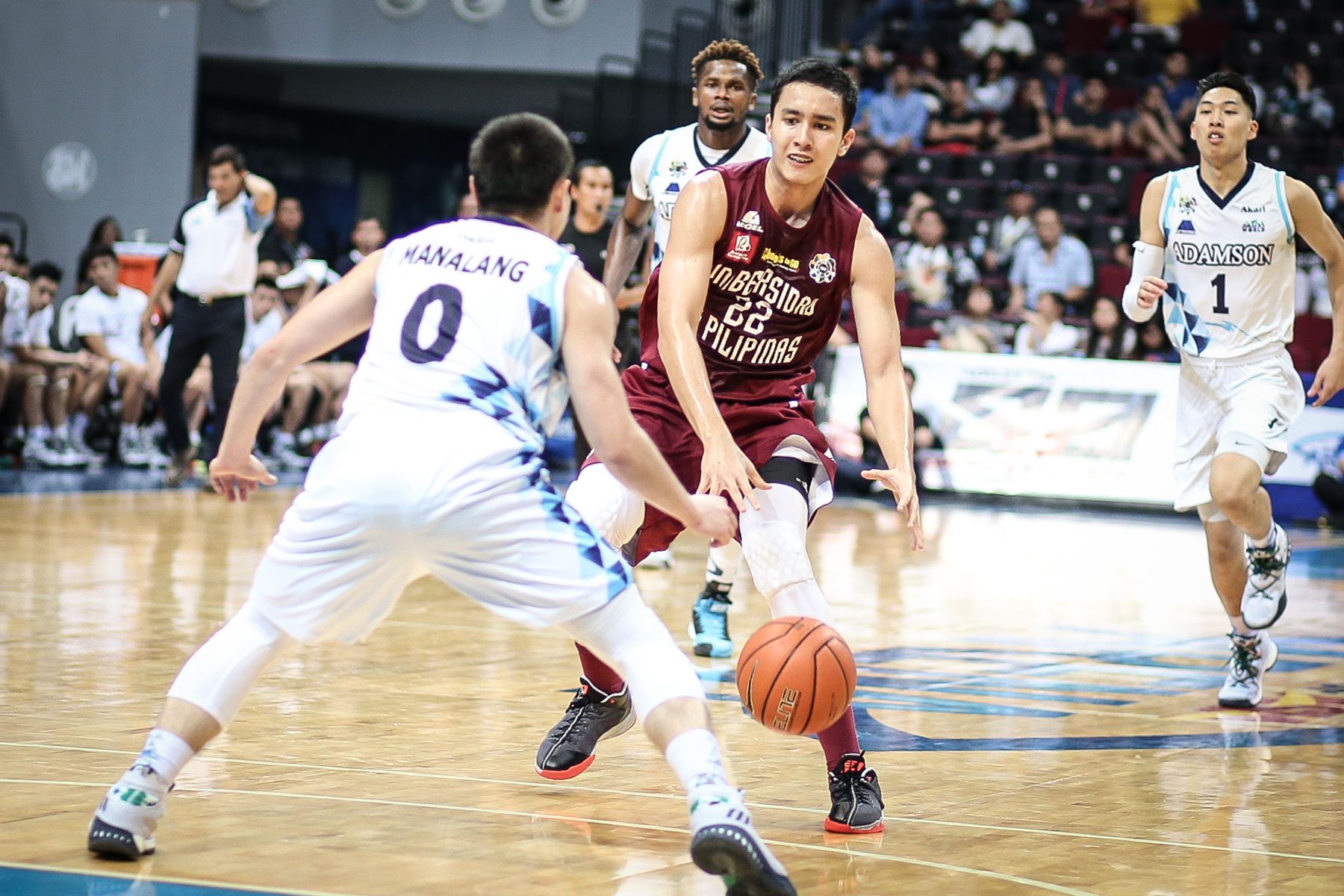 MANILA, Philippines – After the UP Fighting Maroons’ big win over the Ateneo Blue Eagles this past weekend, rookie Javi Gomez De Liano was still a bit downhearted.

The freshman out of UPIS was very pleased his Maroons snapped a 7-year losing streak to their Katipunan neighbors, but the 6-foot-5 versatile forward felt he should have contributed more than the 2 points on 1-of-3 shooting he produced in nearly 5 minutes of action.

Gomez De Liano is hard on himself for tough performances, but he says those lead to him working even harder to play better the next time he gets inserted by UP head coach Bo Perasol.

On Wednesday, October 12, Gomez De Liano played 19.3 minutes, and had the best game of his UAAP seniors career to date with 13 points on perfect 5-of-5 shooting, 6 rebounds, and 2 steals.

The former UAAP juniors star also nailed a big 3-ball in the fourth quarter which helped his team hold off the Adamson Soaring Falcons and win their second straight game to begin the second round.

What led to the breakout performance? His work ethic.

“I really wanted to improve my game. I would do extra work. Yesterday, we had training in the morning, then right after, I [went] shooting with the [UP] juniors [team] at night,” Gomez De Liano told Rappler.

“For the past 5 games, I haven’t been shooting 3-pointers, but I’m that kind of guy – I really need to shoot 3-pointers. I just wanted to improve my game.”

Gomez De Liano entered Season 79 as part of the UAAP juniors Mythical 5 last season, but he’s had to work hard for playing time and shot opportunities.

After scoring 12 points in a loss to UST early in UP’s campaign, it seemed like the 18-year-old would consistently receive minutes the rest of the year. However, he saw his playing time diminish as other Maroons stepped up, reminding him how he has to take control of the situation whenever he gets a chance to shine.

“What I just have to do is keep it up. I’m always ready, if coach lets me play or not,” said Gomez De Liano.

“Opportunities like this are not always there, so when it’s there, you really have to grab it.”

It also helps for the rookie, he said, how supportive the UP community has been this season. The Fighting Maroons already have 3 wins, matching their win total from last year. They also have an outside shot of making the Final Four.

“Sobrang masaya (So happy). [Members of] the community say, ‘Uy (Hey), nice game, nice game.’ That really helps our team get extra motivated. UP is a big school. When everyone’s paying attention to the basketball team, it’s really a big help.”

As for what he needs to accomplish, Gomez De Liano said, “I just have to keep it up.” – Rappler.com