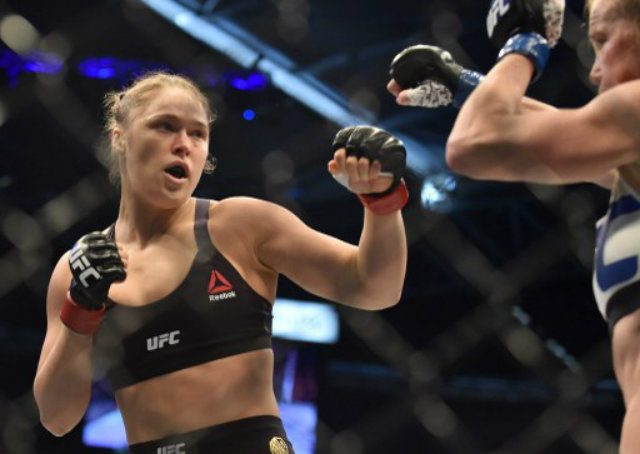 MANILA, Philippines – Ronda Rousey is set to make her return to Ultimate Fighting Championship (UFC) on December 30 when she faces women’s bantamweight champion Amanda Nunes in her first fight since suffering a knockout loss to Holly Holm in November of 2015.

Rousey had been the biggest star in mixed martial arts prior to suffering a second round knockout loss to the boxer-turned-MMA fighter Holm in Melbourne, Australia. The title has been hot-potatoed since then, with Holm losing the title to Miesha Tate at UFC 196 in March, and Nunes winning the title with a rear-naked choke submission at UFC 200 in July.

The 29-year-old Rousey, who won a judo bronze medal at the 2008 Olympics, revealed to TV host Ellen DeGeneres that she had contemplated suicide following the loss to Holm and had since been busy entertaining film roles, including a remake of Road House. – Rappler.com