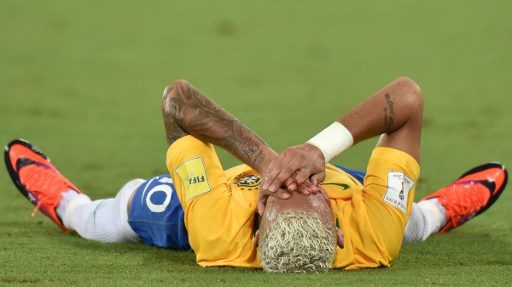 BARCELONA, Spain – Brazilian striker Neymar has vowed to continue to produce his trademark dribbles and dummies even if that makes him a target for rough tackles, he said on Thursday, October 13.

Neymar was left heavily bleeding from a cut eyebrow when he was elbowed in the face during a 5-0 World Cup qualifying win over Bolivia last week.

While some commentators have suggested the player’s style is provocative, the 24-year-old Barcelona marksman was unrepentant about his flashy football.

“I won’t change. (The other team) know that when I go on the pitch I play my game and my game is like that, dribbling, scoring goals and creating them for my teammates. I’m happy playing that way,” he said.

Spanish champions Barcelona are currently down in fourth in La Liga after a 4-3 defeat to Celta Vigo two weeks ago and have a blockbuster Champions League clash against Pep Guardiola’s Manchester City on Wednesday.

Enrique will be banking on Neymar for the visit to Deportivo La Coruna on Saturday with Lionel Messi starting on the bench and Luis Suarez out injured.

But Neymar was keen to be reunited in a match with his strike partners after training with them on Thursday.

“We are fiends on and off the pitch,” he said.

“The magic of this trident is friendship. We help each other, together we are stronger.”

Neymar has had a restful week after an international suspension saw him return to the Catalan capital early while Brazil won 2-0 at Venezuela on Tuesday. – Rappler.com