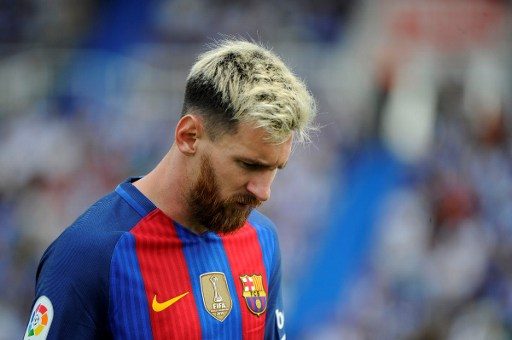 MADRID, Spain – Argentina’s pain is Barcelona’s gain as Lionel Messi returns for the Spanish champions when Deportivo la Coruna visit the Camp Nou on Saturday, October 15 after being sidelined for 3 weeks with a groin injury.

Messi missed Argentina’s World Cup qualifiers against Peru and Paraguay as La Albiceleste’s struggles without the 5-time World Player of the Year continued, putting at risk their place at the 2018 World Cup.

However, international breaks have traditionally caused Barca trouble too with lethargic performances on their return to La Liga action coming to be known as the “FIFA virus.”

Barca boss Luis Enrique paid a heavy price for leaving Messi and Luis Suarez on the bench for a shock 2-1 home defeat to Alaves after September’s international break.

However, with a blockbuster Champions League clash against former Barca coach Pep Guardiola’s Manchester City to come on Wednesday, Enrique could roll the dice with his selection once more.

Messi is expected to be eased back into action as a second-half substitute. Meanwhile, Suarez could make way for Paco Alcacer having played twice for Uruguay in the past week.

Neymar will definitely start as he returned to the Catalan capital early due to his suspension for Brazil’s 2-0 win at Venezuela on Tuesday.

A 4-3 defeat to Celta Vigo two weeks ago leaves Barca only fourth in the table.

However, they trail leaders Atletico Madrid and Real Madrid by just two points and can go temporarily at least to the top of the table with victory before the sides from the capital kick-off later on Saturday.

Real face the toughest task on paper of the title contenders as they travel to Real Betis aiming to snap a streak of four consecutive draws.

Zinedine Zidane’s men also having a mounting injury crisis as captain Sergio Ramos is set to be sidelined for up to six weeks by a knee sprain suffered in Spain’s 2-0 win at Albania in midweek.

Luka Modric is also out for the rest of the month due to knee surgery, whilst influential holding midfielder Casemiro is missing due to a fractured fibia.

“This match is very important for us to say – ‘we’re still there’,” said midfielder Toni Kroos after penning a new contract until 2022 on Thursday.

“Having a string of draws is not a good thing.

“Maybe during the second half against Eibar (1-1) we didn’t play well and the criticisms were justified.

“But in Dortmund (2-2) or Las Palmas (2-2) we clearly played well, even better perhaps than certain matches which we won.”

Atletico were the form team before the international break with 6 wins and a draw at the Camp Nou in their last seven games taking Diego Simeone’s men to the top of the table on goal difference.

By contrast, winless Granada travel to the capital with just two points so far this season and having already sacked coach Paco Jemez.

The Andalusians have turned to Lucas Alcaraz for his third spell in charge of the club to lead them to safety.

However, anything other than defeat would be a huge surprise at the Vicente Calderon as Atletico have kept seven clean sheets in their last eight games and boast La Liga’s top scorer in Antoine Griezmann up front.

Third-placed Sevilla also have the chance to go top for at least a few hours when they visit Leganes on Saturday lunchtime.

To do so, though, Sevilla need to end a 22-game streak stretching back 17 months without a La Liga win away from home. – Rappler.com