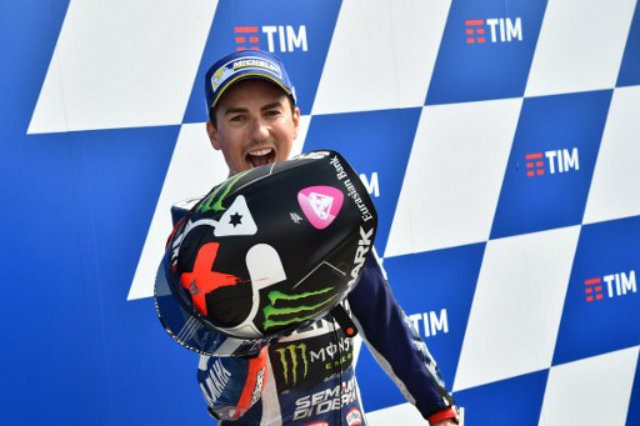 The Yamaha rider was thrown into the air at Turn 2 of the dry and sunny Motegi circuit, where a number of other riders also crashed Friday, including Dani Pedrosa, who broke his collarbone.

Lorenzo was launched off his bike while taking the right turn, flipping him onto gravel where he rolled hard with 5 minutes left in the 45-minute morning practice session.

The Spaniard was not able to immediately stand but was able to sit on the back of an emergency scooter to go to the circuit’s clinic.

He was seen walking into the on-site medical center before being sent to Dokkyo Medical University Hospital for a CT scan to see whether he suffered any head trauma, his team said.

Championship leader Marquez, who also suffered a small crash Friday, managed to clock the fastest Saturday lap of 1min 44.987sec during the morning practice, 0.039sec ahead of LCR Honda rider Cal Crutchlow, who grabbed his maiden victory in Brno this season.

Ducati’s Andrea Dovizioso was third, coming in at 0.070sec after Marquez.

Marquez can mathematically claim his third MotoGP title in Japan on Sunday if he wins and Rossi finishes 15th or lower and if third-placed Lorenzo comes in fourth or worse. – Rappler.com