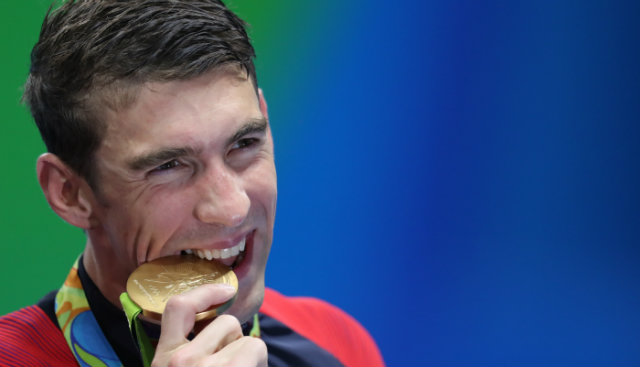 While Johnson and Boomer were in Rio to cheer Phelps on during his fifth and final Olympics, where he took his career tally of Games gold to 23, the couple didn’t let on that they’d already wed.

But a record of marriage first published by celebrity website TMZ shows they were married on June 13 in Paradise Valley, Arizona, both at the age of 30.

According to the record, Phelps’s agent, Peter Carlisle officiated.

The two met in Los Angeles in 2007 and had an on-again, off-again relationship.

They were engaged in February and Boomer was born on May 5.

Johnson posted a picture on Instagram on June 13 of herself with Phelps and Boomer captioned, “Such a memorable night with my lil fambam”. – Rappler.com