Oct 28, 2016 2:23 PM PHT
Rappler.com
Facebook Twitter Copy URL
Copied
The Undertaker shows up to the Cavs season-opener as they start their NBA title defense in peace 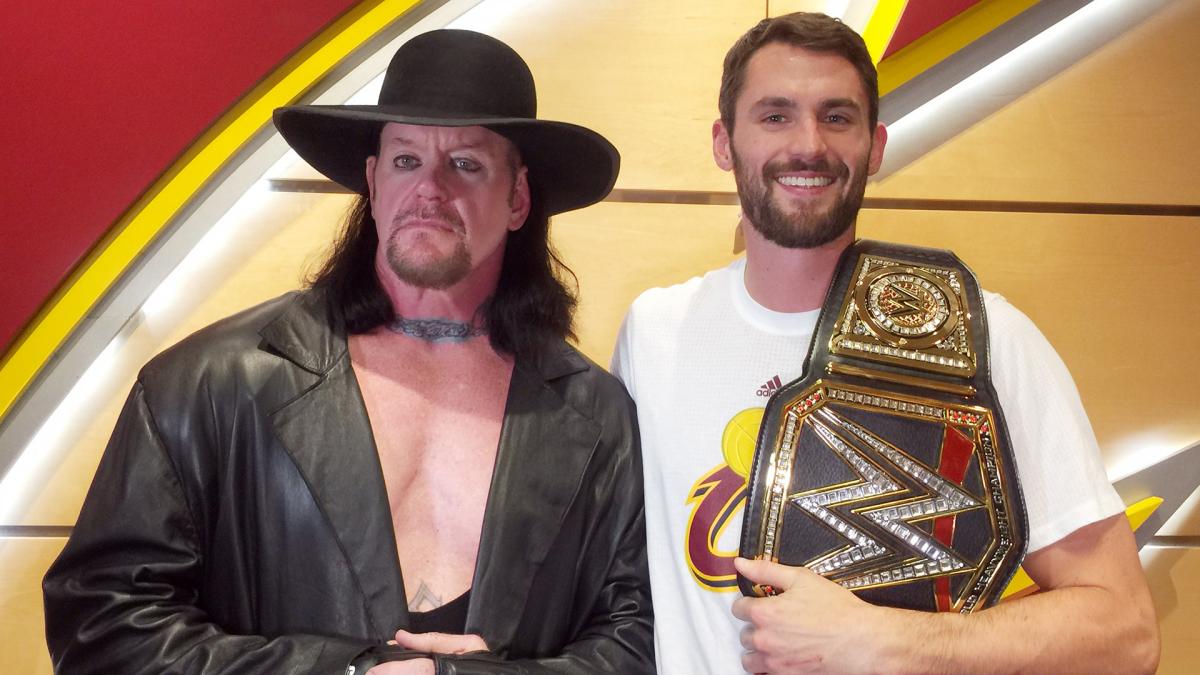 MANILA, Philippines – The Undertaker showed up to the Cleveland Cavaliers’ season-opener to make sure they opened their NBA title defense…in peace.

Taker, a 51-year-old legend in World Wrestling Entertainment who himself played basketball at the NCAA Division II school Texas Wesleyan University, showed up to greet the Cavs before they opened the 2016-17 season in style, defeating the New York Knicks 117-88 on Wednesday.

The “American Bad Ass” whose real name is Mark Calloway didn’t show up randomly, as LeBron James, apparently a WWE fan, wore an Undertaker jersey when the Cavs were down 3-1 against the Golden State Warriors in last season’s Finals. James then trolled the Warriors by wearing an Ultimate Warrior t-shirt after delivering the city of Cleveland its first major championship since 1964.

Remember LeBron James wearing these shirts? Well, The Ultimate Warrior's widow and The Undertaker are at the Cavs' ring ceremony tonight. pic.twitter.com/6Xc9FbJqff

Dana and Mattigan Warrior, the widow and daughter of The Ultimate Warrior, respectively, also were in attendance for the game.

With LeBron, Kevin Love and Kyrie Irving all healthy, the Cavs hope to Tombstone the Eastern Conference again this season. – Rappler.com