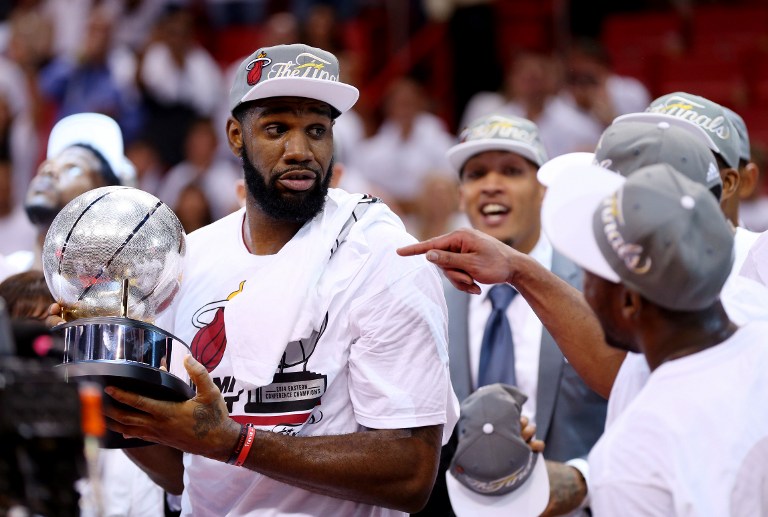 LOS ANGELES, USA – Greg Oden, the 2007 top draft pick whose NBA dreams were derailed by injuries, says his playing days are over.

“It’s over,” Oden told an Indianapolis Star reporter who caught up with the 28-year-old, who is enrolled this semester at Ohio State University.

That’s where Oden became a basketball star – leading the Buckeyes to the national championship game. Although Ohio State fell to Florida, the 7-foot Oden had caught the eye of NBA scouts and leapt into the league the next year touted as the NBA’s next great big man.

But after he was snapped up by the Portland Trail Blazers he played just 3 seasons in the NBA after suffering a string of knee injuries that have required seven operations.

After leaving the Trail Blazers he tried a comeback in 2013-2014 after joining the Miami Heat, but played just 23 games after a 3-year layoff.

Through dismal years in which he was labeled one of the biggest busts in the league history, Oden also struggled with alcohol, and reached a plea deal in a 2014 incident in which he was accused of punching his ex-girlfriend in the face.

Last year he attempted to relaunch his playing career in China, signing with the Jiangsu Dragons in the CBA.

He told the Star that now he’s hoping to stay in touch with the game working as student coach assisting head coach Thad Matta at Ohio State.

“I’m still trying to figure out my life,” Oden told the Star. “Since I’ve been in fourth grade, all I’ve known was basketball. I’m just trying to better myself and work on my degree and set something up for the future of my family.” – Rappler.com