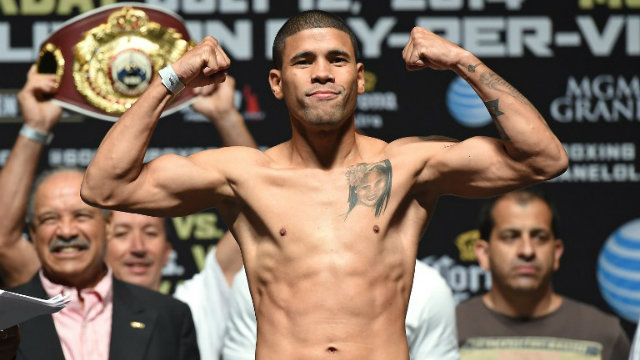 Lopez (35-5, 32 knockouts), a former WBO junior featherweight and featherweight titleholder, hadn’t fought in over two years, and had been knocked out in 3 of his last 4 bouts. But Lopez had enough to batter Vazquez (24-7-1, 19 KOs), hurting his rival with an overhand left before a follow-up combo put him down in the eleventh round, prompting the referee to stop the fight.

The action wasn’t over just yet for Lopez as he rushed at Vazquez’s cornerman for round one of his second fight of the night. Vazquez’s cornerman managed to land a crisp left hook as Lopez came in wide, sending Lopez off-balance into the ropes before Lopez threw a few inaccurate blows of his own. The action was broken up as pandemonium spread throughout the Coliseo Roberto Clemente in San Juan.

Both Lopez and Vazquez are familiar names to Filipino boxing fans, with Lopez being the only boxer to ever stop Filipino boxing legend Gerry Penalosa and having knocked out Bernabe Concepcion in a two-round thriller, and Vazquez handing Marvin Sonsona his first defeat before pushing Nonito Donaire Jr in a losing effort for the vacant WBO junior featherweight title. – Rappler.com