Nov 1, 2016 10:27 AM PHT
Agence France-Presse
Facebook Twitter Copy URL
Copied
The German squad will meet the 79-year-old Argentine, who is known to be a football fan, when they travel to Italy for an international friendly 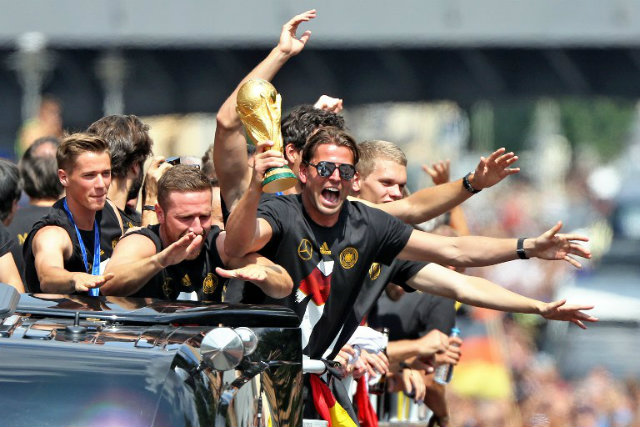 BERLIN, Germany – World champion Germany will be granted an audience with Pope Francis when the team travels to Italy for a friendly international this month, head coach Joachim Loew confirmed on Monday, October 31 (Tuesday in Manila).

Germany plays a 2018 World Cup qualifier away to minnows San Marino on November 11, then faces Italy in a friendly in Milan 4 days later.

The German squad will meet the 79-year-old Argentine around the time of the Italy match.

“It’s great that this will be possible,” said Loew in a press conference on Monday to confirm his contract extension until 2020.

“It does not matter which religious ideologies you have – it’s a great thing for everyone when the team gets involved in other things.”

The pope is known to be a football fan and is an honorary member of German second division club 1860 Munich. – Rappler.com