LAS VEGAS, USA – Manny Pacquiao and WBO junior welterweight titleholder Jessie Vargas made their grand arrivals at the Wynn Las Vegas on Tuesday, November 1 ahead of their 12-round world title fight this Saturday at the Thomas & Mack Center in Las Vegas.

Pacquiao (58-6-2, 38 knockouts) and Vargas (27-1, 10 KOs) met fans, signed autographs and posed for photos at the unofficial start of fight week. Several hundred fans showed up to greet the fighters, though the Wynn’s lobby was not as conducive to hosting such a gathering as the MGM Grand, where Pacquiao has fought 13 times before.

Vargas, a long-time resident of Las Vegas, and the 8-division world champ turned Philippine senator Pacquiao will meet face-to-face on Wednesday for the final press conference for the main event.

Take a look at some photos of their grand arrival before. 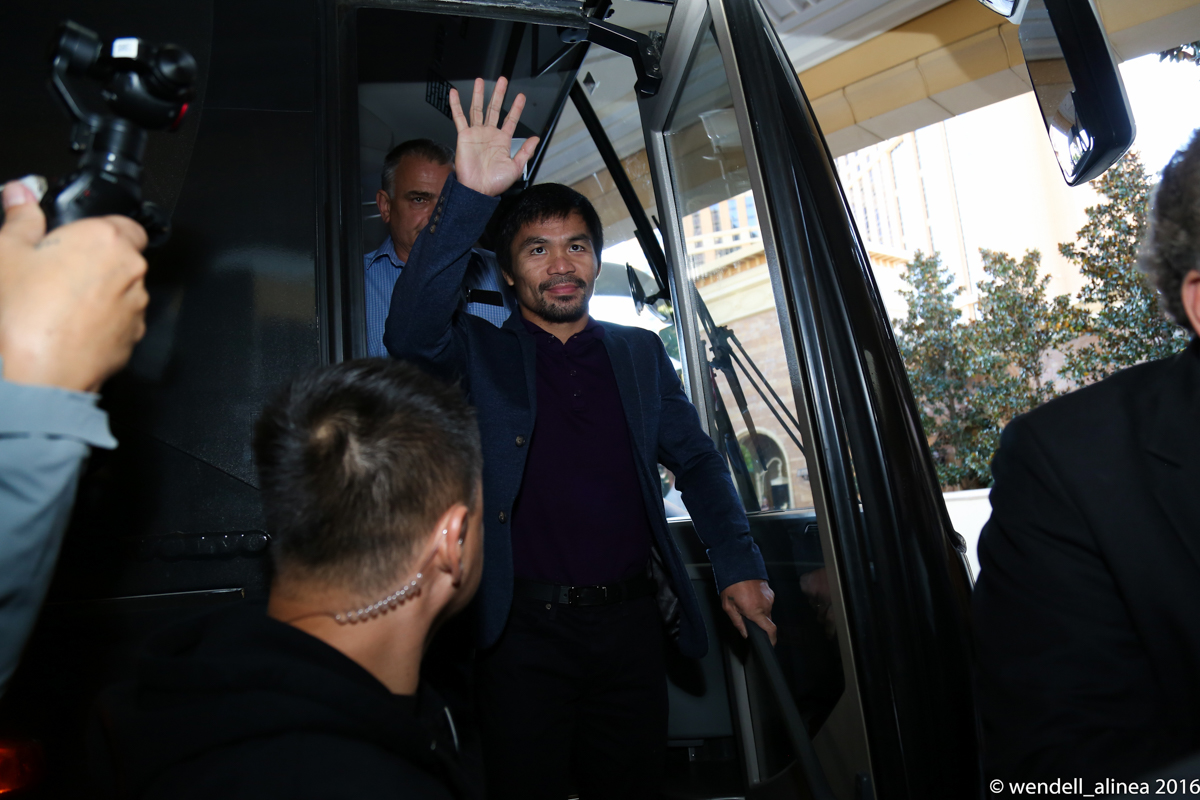 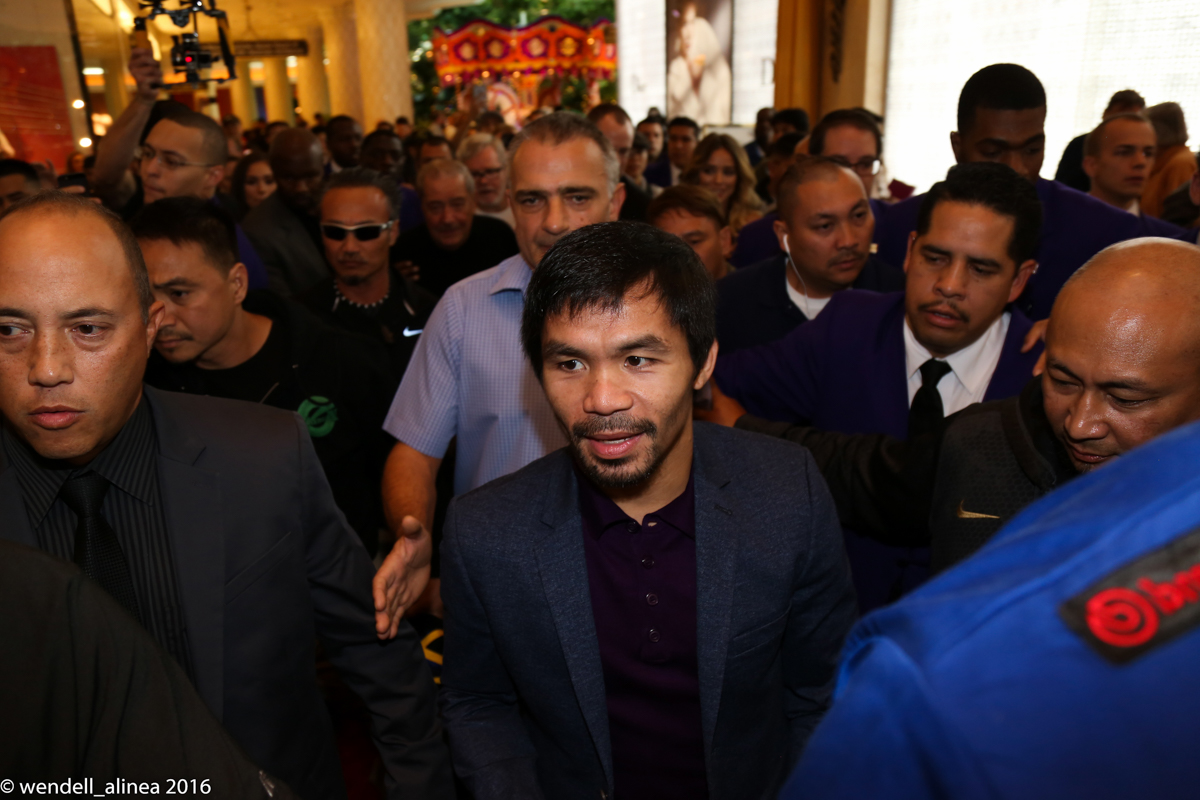 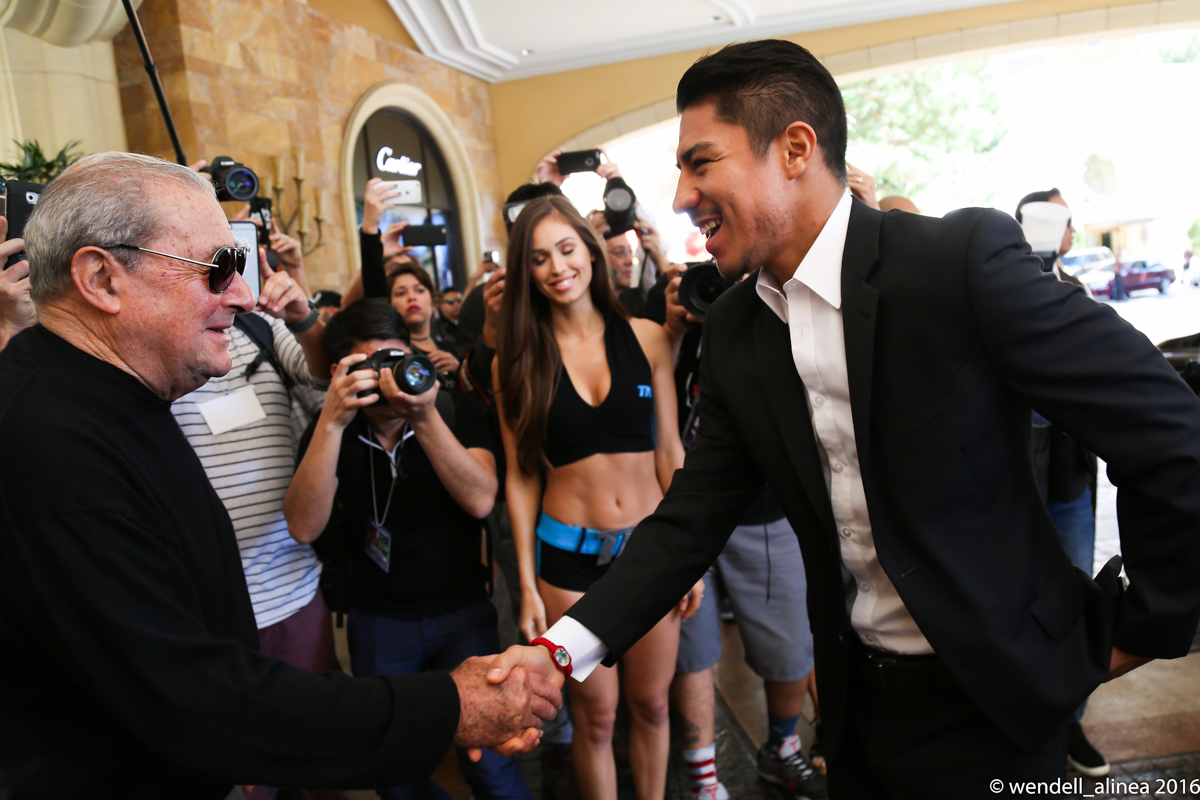 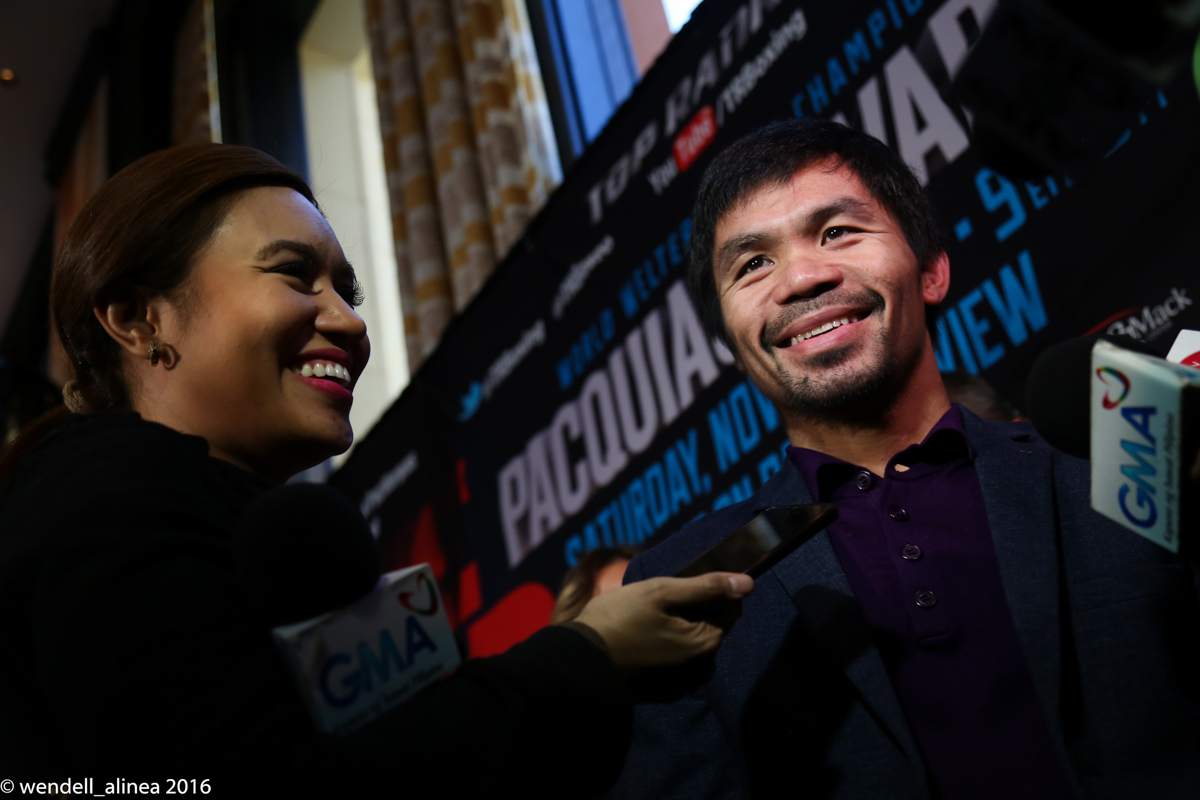 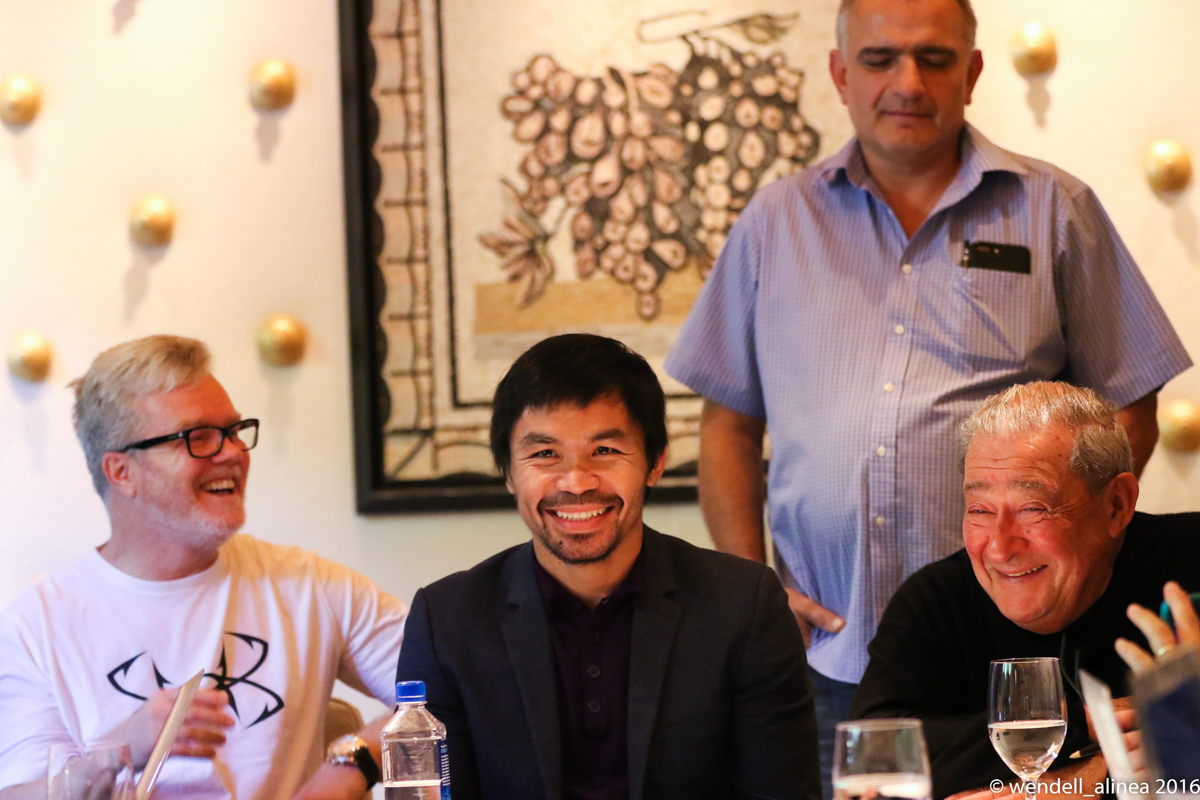 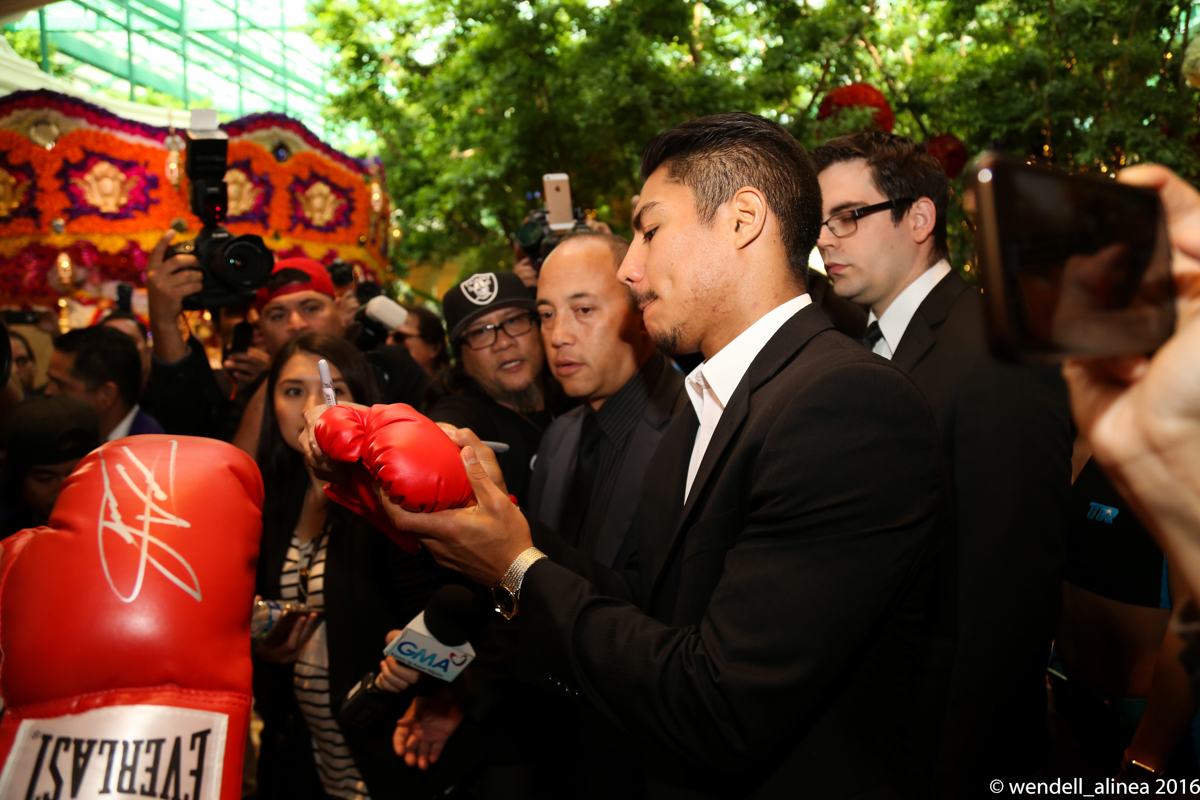 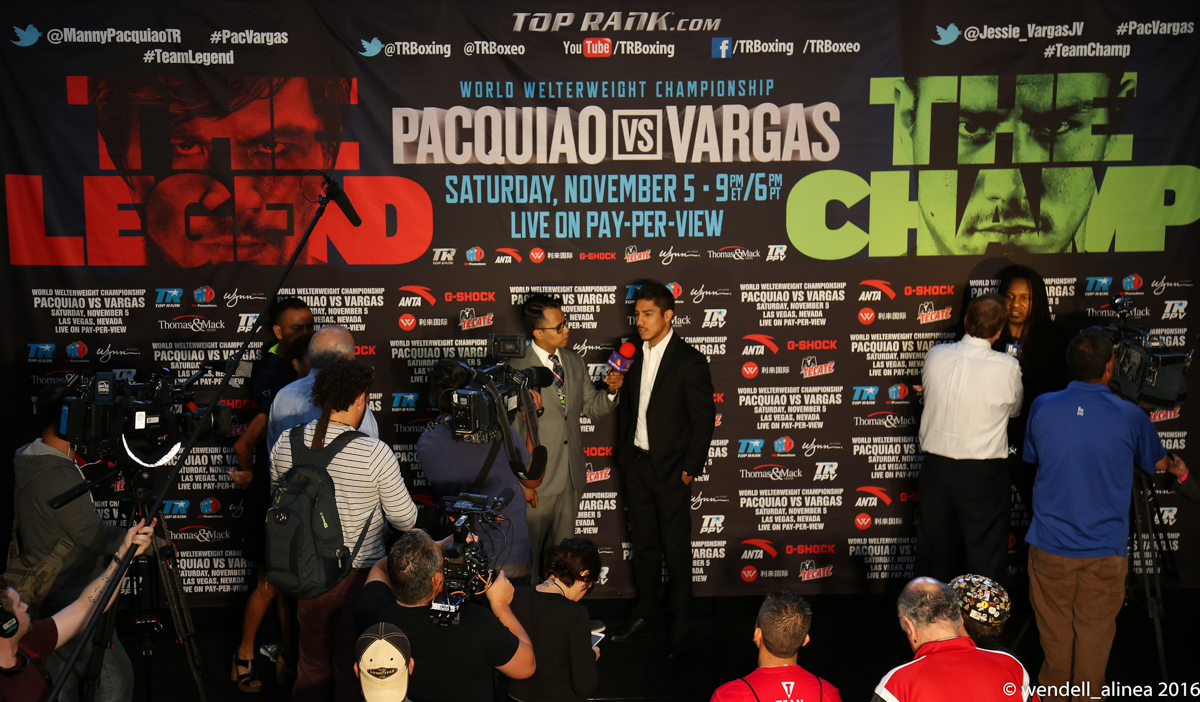 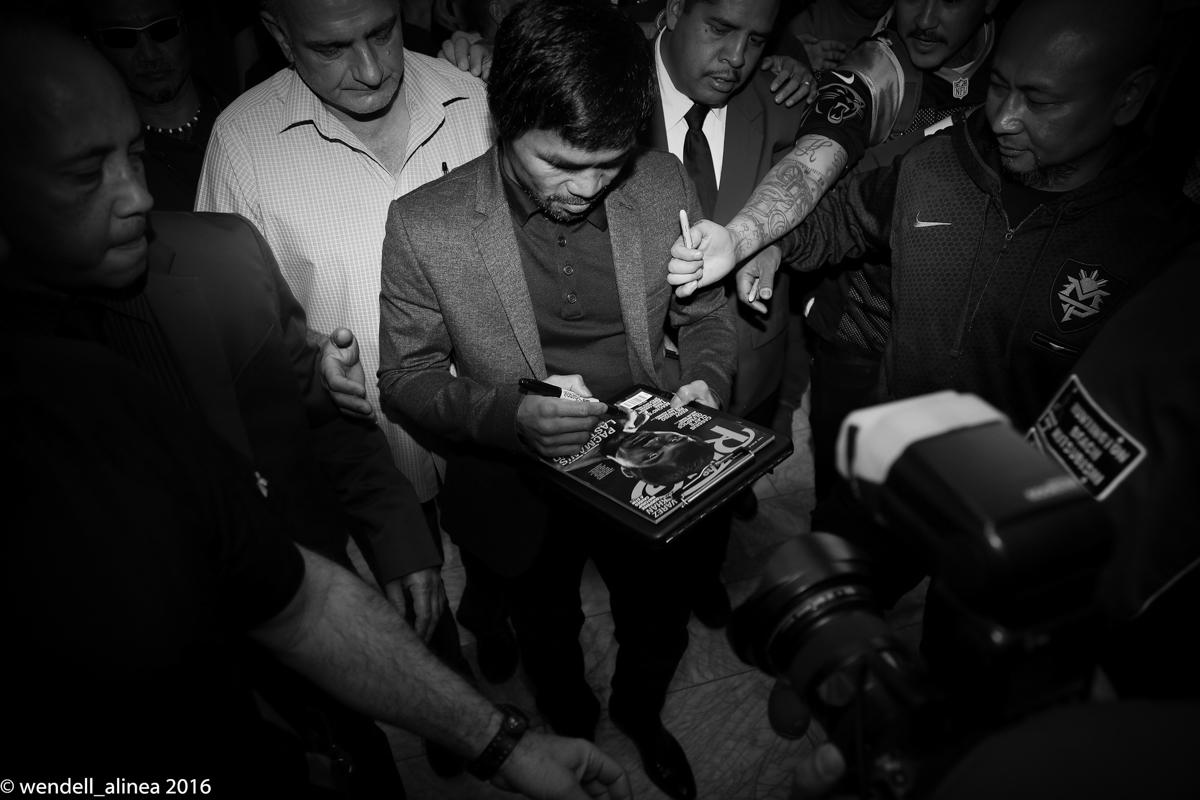