Nov 3, 2016 5:30 PM PHT
Naveen Ganglani
Facebook Twitter Copy URL
Copied
Alapag leaves the PBA with one of the most successful careers the league has ever seen 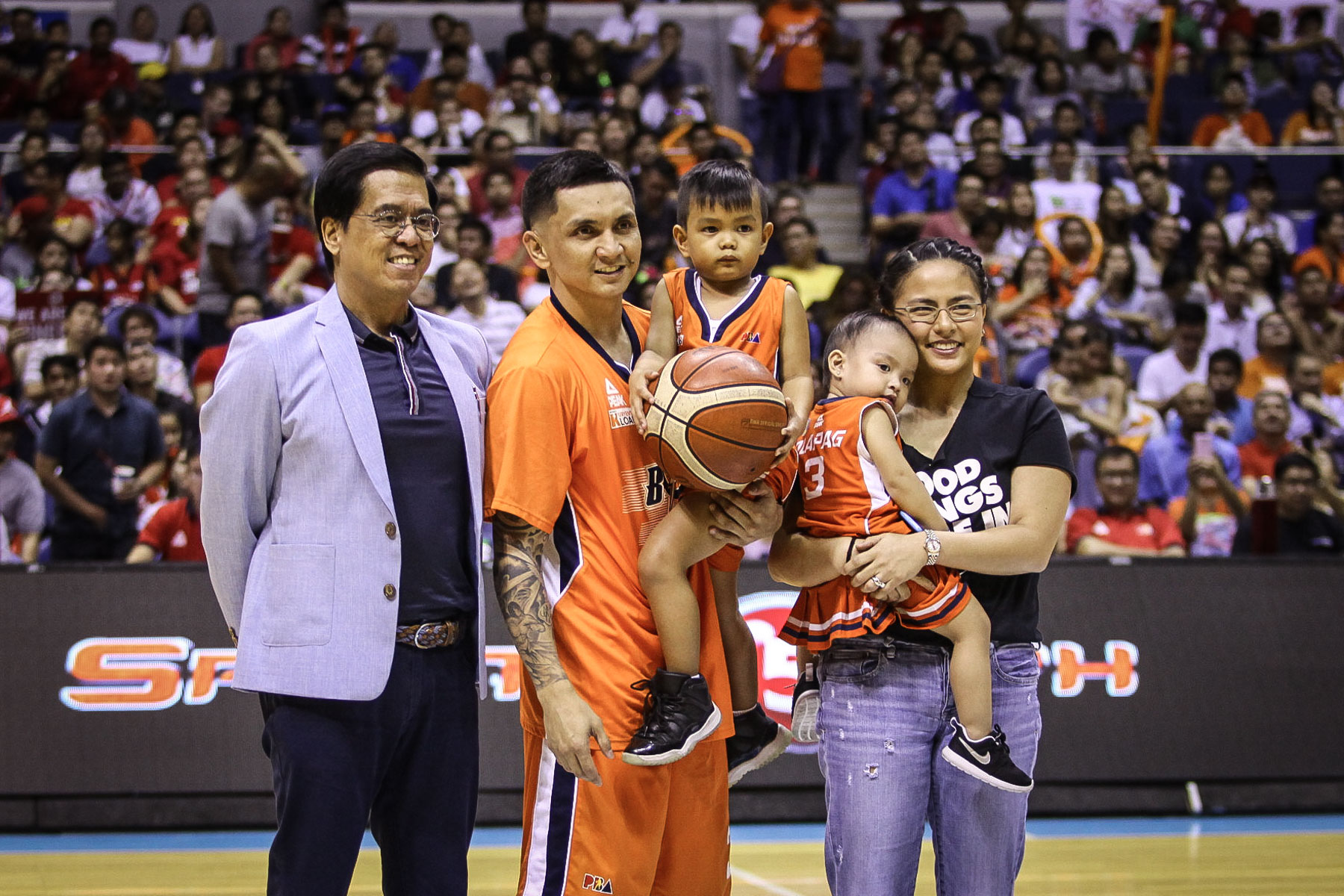 MANILA, Philippines – Jimmy Alapag, one of the PBA’s 40 Greatest Players, announced his retirement from the Philippine Basketball Association for a second time on the YouTube channel of Eric Menk on Thursday, November 3.

Alapag, who previously retired in January 2015 before returning to the league with a new team in the Meralco Bolts, said that this time, he’s retiring from the game “for good.”

“I’m here to announce that I won’t be coming back for the upcoming PBA season. It’s been an amazing 13 years, but turning 39 next month and having left everything I have on the basketball court, it’s time to walk away for good.”

Alapag’s retirement comes on the heels of Meralco’s Governors’ Cup Finals defeat to Barangay Ginebra San Miguel in 6 games, during which Alapag showed he could still play in the PBA at the highest level.

In Game 2 of the series, Alapag broke Allan Caidic’s record for the most 3-pointers made in PBA history. For the series, the man who was called “The Mighty Mouse” averaged 8.3 points and 3.8 assists a contest.

Alapag was also popular for his role with the Gilas national team, specifically his performance in the 2013 FIBA Asia Championship in Manila where the Philippines won silver, and in the 2014 FIBA World Cup in Spain where Gilas won a game against Senegal. – Rappler.com