76ers fans should be excited over Aussie Simmons, says LeBron 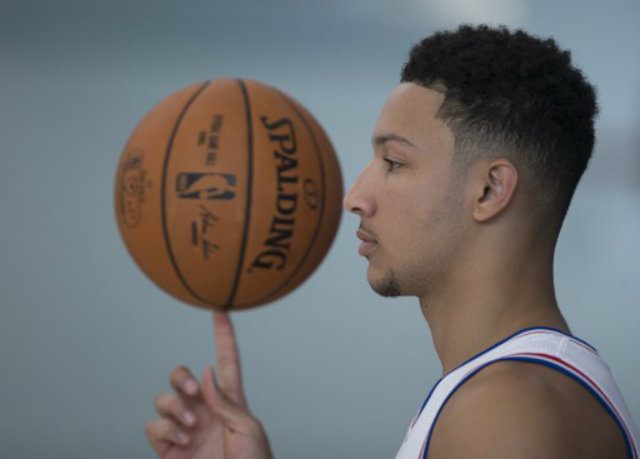 Facebook Twitter Copy URL
Copied
LeBron James, who shares an agent with the 20-year-old forward from Melbourne, says he thinks Ben Simmons is a talented player and even better person

James, who shares an agent with the 20-year-old forward from Melbourne, said he thinks Simmons is a talented player and even better person.

“I’ve been knowing the kid for quite a while now,” James said. “He’s a good kid, well grounded. He’s a great young talent.

“Philly should be excited to have him.”

The 76ers took Simmons with the first pick in last June’s NBA Draft just days after James and the Cleveland Cavaliers won the NBA Finals, rallying to defeat Golden State in 7 games.

Simmons suffered a broken small right toe after rolling his ankle in the team’s final training camp scrimmage and he is not expected to return until early in 2017.

James said he has spoken with Simmons about how to handle the enforced layoff and improve his game while unable to play.

As for what he told him? That will stay private.

“He’s like a little brother of mine,” James said. “I’ll talk to him. But it’s not for news clippings.”

James said the thing he likes best about Simmons on the court is “his ability to see the floor. He pushes with a lot of aggression.

“He has always got his head up and looking for teammates. That’s a great ability.”

The 76ers are trying to bounce back after having a league-worst 10-72 campaign last season. They are 0-5 this season after a 102-101 loss to Cleveland on Saturday. – Rappler.com