UP Pep Squad holds own rally to thank supporters

Nov 17, 2016 8:10 AM PHT
Danielle Nakpil
Facebook Twitter Copy URL
Copied
After withdrawing from this year's UAAP Cheerdance Competition, the UP Pep Squad says thank you and asks for understanding 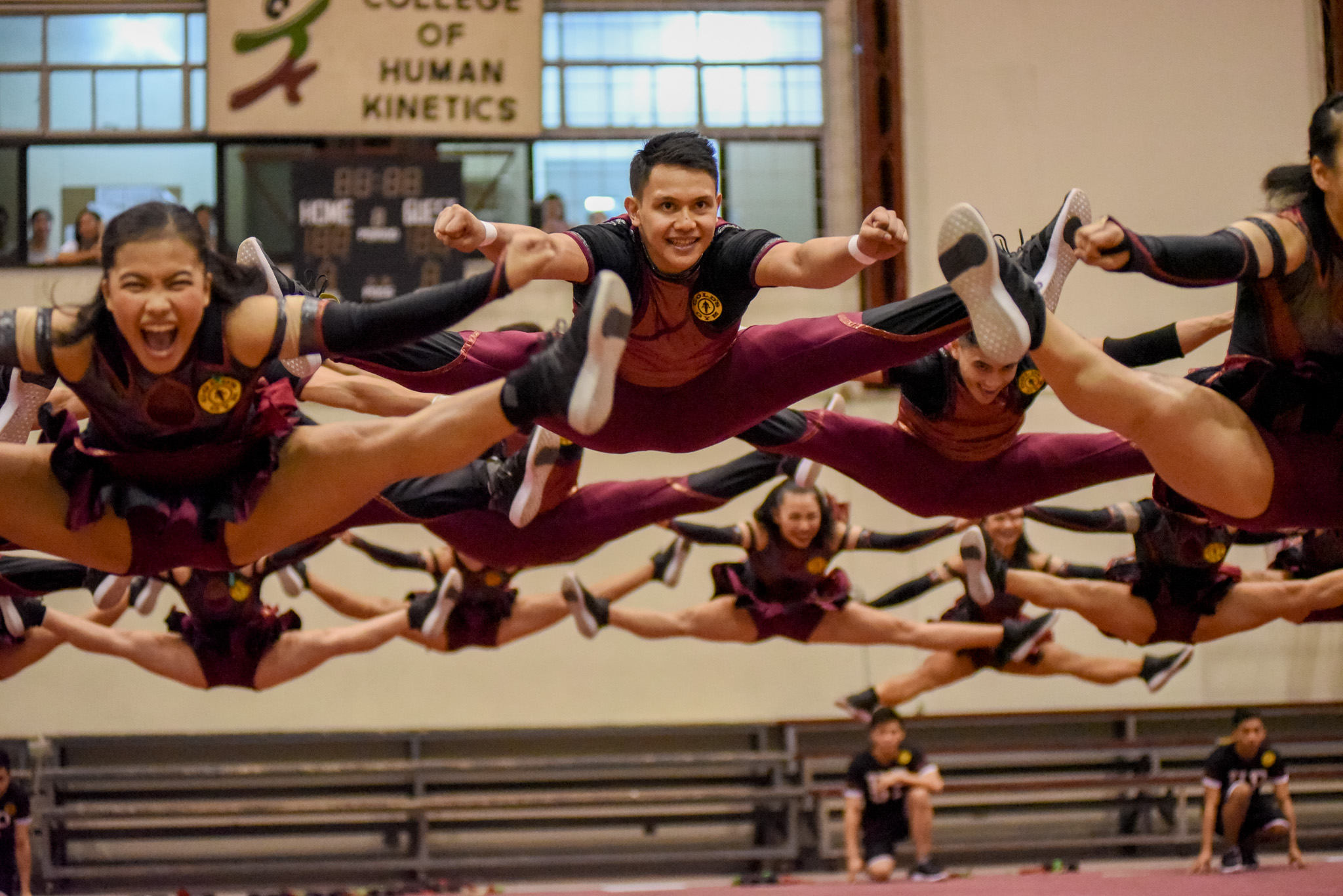 MANILA, Philippines – The University of the Philippines Pep Squad held a non-competitive pep rally on Wednesday, November 16, at the College of Human Kinetics (CHK) gymnasium, to thank the UP community for their unwavering support for UP Pep’s decision not to join the 2016 UAAP Cheerdance Competition.

As announced on their Facebook page on October 26, the UP Pep Squad refused to participate in the competition for reasons they enumerated in the statement. (READ: UP pulls out of UAAP Cheerdance Competition)

“We have repeatedly sought out the delegated individuals to no avail. And after many weeks, months, and now a year of waiting, our issues and questions remain unresolved. Reared in the institution we represent, we abide with our principles of honor and integrity, and stay true to our word of foregoing with the competition, should the same organizers be hired to handle the event again,” it read.

Coach Lalaine Pereña’s team still received overwhelming support from the UP community and their other supporters despite their absence from the UAAP Cheerdance, in which they hold the most number of championships, tied with the University of Santo Tomas.

In line with this, the team made “gratefulness” their annual theme for their performances.

“For the past 18 years, hindi pa talaga kami nakagawa ng routine to thank these people who are there to support us manalo man o matalo. So we came up [with] this routine para pasalamatan ‘yung mga tao na andiyan kahit ano pang pinagdadaanan namin,” said UP Pep Squad assistant coach Pio Opinaldo.

(For the past 18 years, we haven’t done any routine dedicated to these people who have been there to support us whether we win or lose. So we came up with this routine to thank those who have been present no matter what we’re going through.) 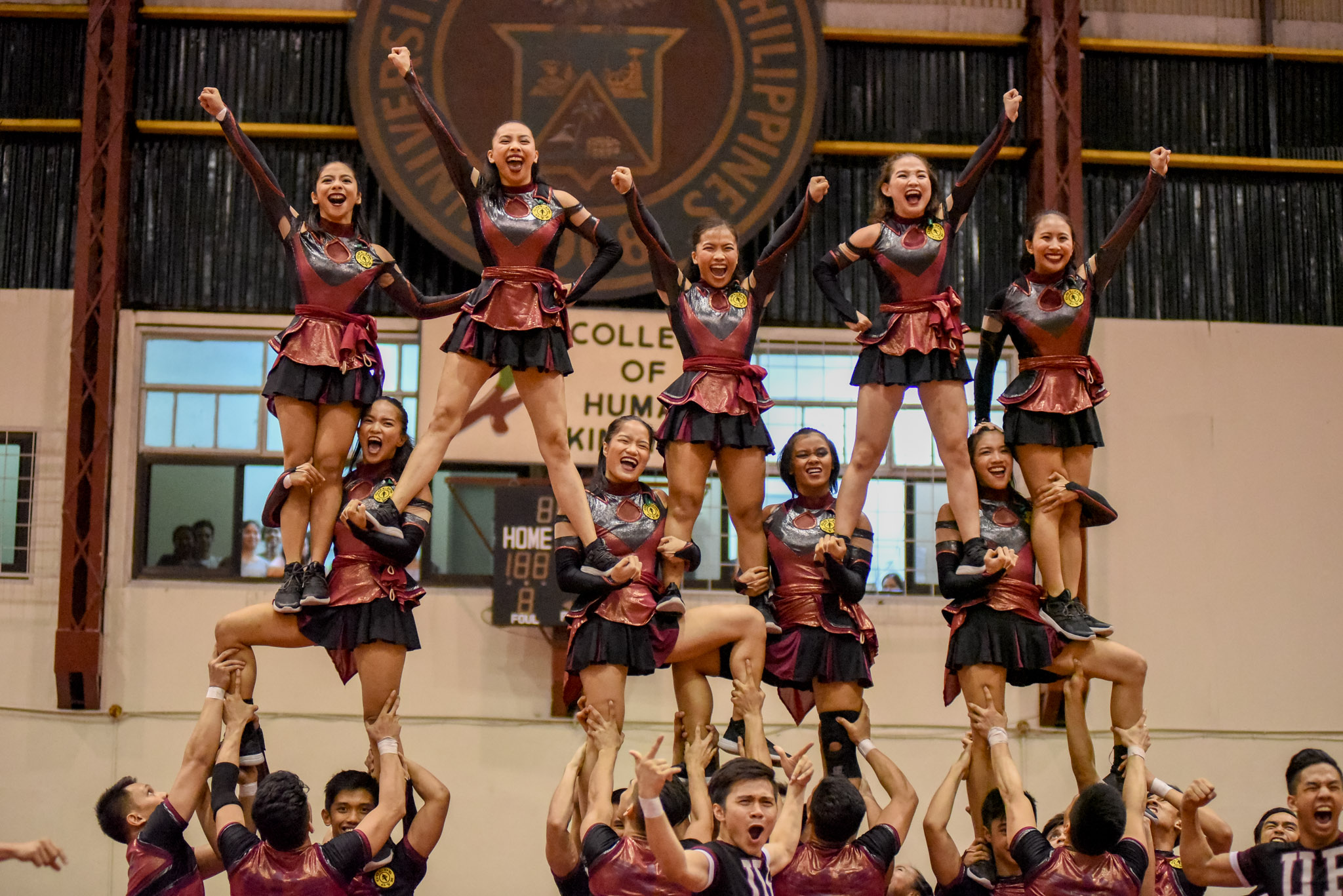 A teary-eyed Pereña refused to be interviewed after the program. The celebrated coach has won numerous awards for the university but has always shied away from the media.

“This is our way of thanking them,” added Opinaldo.

He also said that there are people who didn’t agree with their decision to pull out from the competition but respected their principle and supported them all the way.

Everything for a reason

“There must be a reason for us withdrawing. It is basically a matter of principle with the purpose of improving the cheerdance competition in the future,” said UP CHK Dean Ronualdo Dizer in his opening speech.

“We’re doing things for a reason. We hope you understand us someday.” 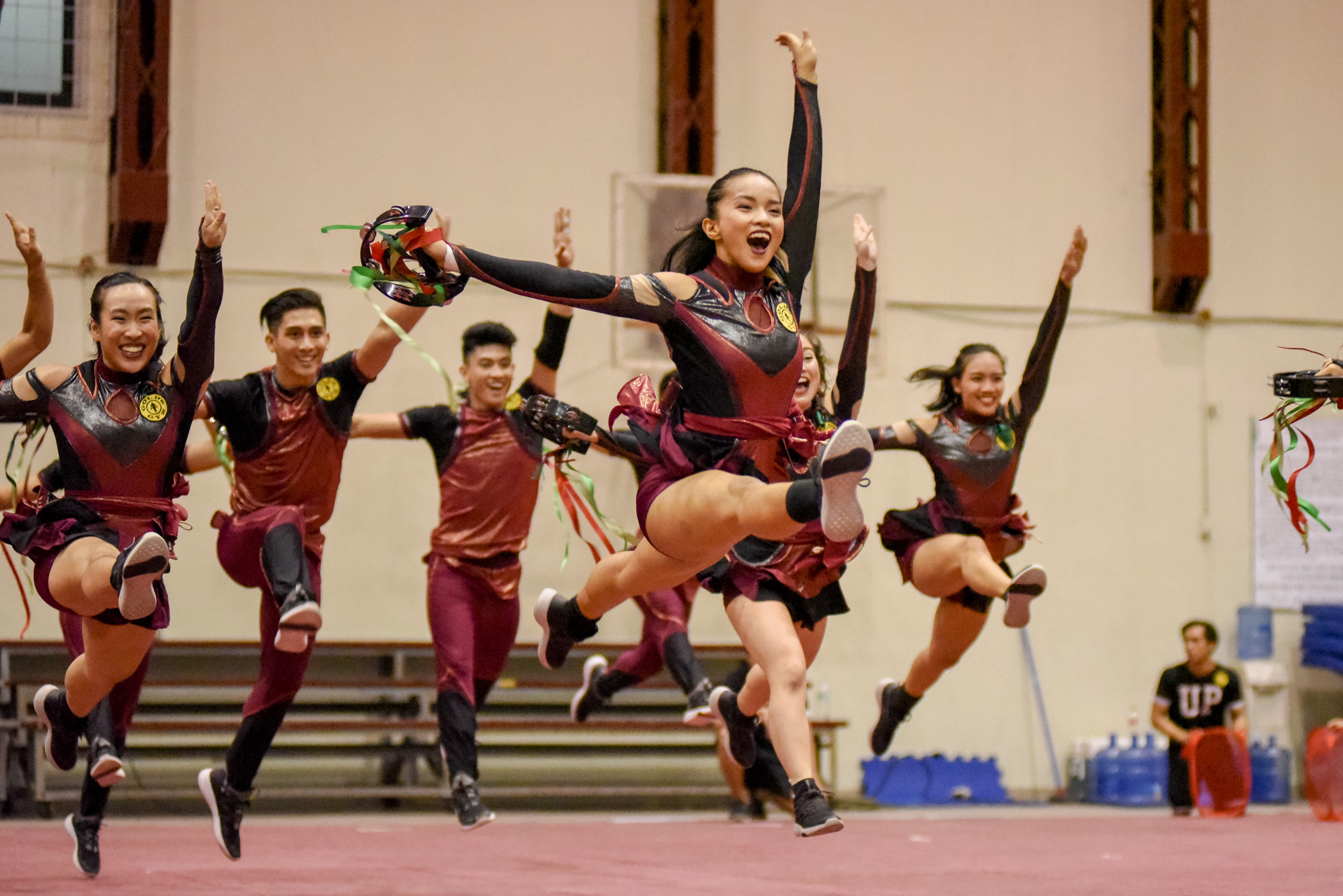 He encouraged the audience to support the Pep Squad in all their endeavors, especially as they represent the Philippines in the 2016 Asian Cheerleading and Dancesport Competition in Jakarta, Indonesia.