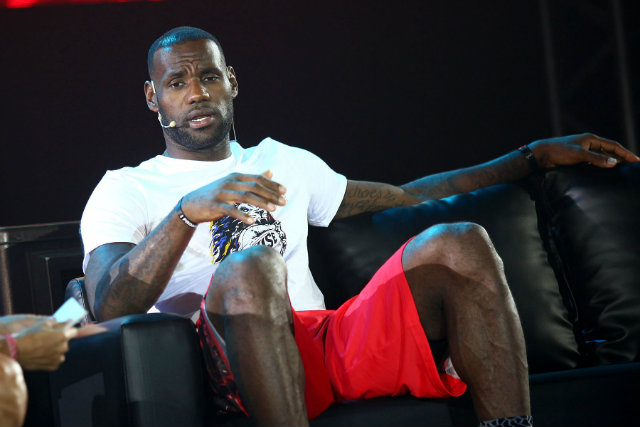 The Cleveland Cavaliers star, a long-time admirer of the late former heavyweight boxing icon, told USA Today he was making the donation to pay tribute to Ali’s achievements both in and outside the ring.

“Muhammad Ali is such a cornerstone of me as an athlete because of what he represented not only in the ring as a champion but more outside the ring – what he stood for, what he spoke for, his demeanor,” James told USA Today.

“I think of him every day. Without his passion and goals and morals, I don’t know if I’d be sitting here today talking to you about it.”

The exhibit – titled “Muhammad Ali: A Force for Change” – includes items such as Ali’s headgear and training robe from the 5th Street Gym in Miami Beach where the boxer trained.

Ali, a beloved icon of the 20th century whose career transcended his sport, died in June at the age of 74.

The Smithsonian exhibit also pays tribute to Ali’s work as a social activist.

“I am overwhelmed by the incredible generosity LeBron James has shown,” Ali’s widow Lonnie said in a statement. “This exhibit will enable children visiting the Smithsonian to learn more about Muhammad’s work outside of the ring.”

“His support will help us to continue the story of Muhammad Ali and will encourage athletes to realize how important athletics is in terms of social justice,” Bunch said.

“It’s also really important that actions like this by Mr. James encourage younger athletes and people with means to recognize the philanthropy and paying homage to those who went before, how crucially important that is,” he added. – Rappler.com