Nov 21, 2016 12:27 PM PHT
Agence France-Presse
Facebook Twitter Copy URL
Copied
Russell Westbrook ties the game at the end of regulation with a 3-pointer but it's Teague who takes over in OT 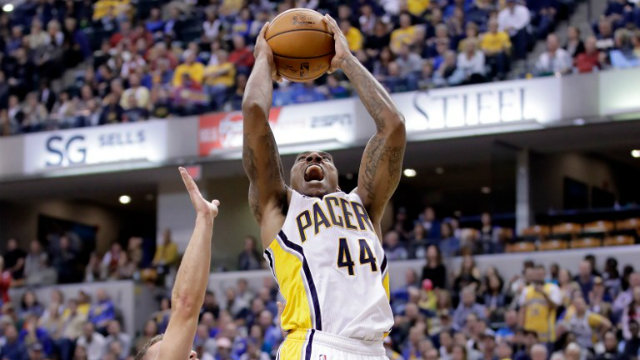 Russell Westbrook, who had game highs of 31 points and 15 rebounds in a losing cause, sank a 3-pointer with two seconds remaining in the fourth quarter to pull the Thunder level at 103-103 and send the game into over-time.

But Teague sank a 3-point shot, converted a 3-point play and sank two free throws to create the final score as the visiting Pacers improved to 7-7 while Oklahoma City fell to 8-6.

In New York, the Knicks defeated Atlanta 104-94 at Madison Square Garden while the Brooklyn Nets were downed 129-109 by Portland.

With Knicks center Joakim Noah absent due to illness, Carmelo Anthony scored a season-high 31 points and Kristaps Porzingis added 19 points and 11 rebounds as New York improved to 6-7 with their fourth consecutive home triumph.

New York guards Derrick Rose and Courtney Lee each scored 14 points as the Knicks pulled ahead by 13 points in the first quarter and kept control from there.

“I thought we did a great job of not getting off to a slow start,” Anthony said. “Today was just more about playing off the guys … playing off Derrick. Defensively we more confident.”

The Hawks (9-4) were led by Paul Millsap’s 19 points while Dwight Howard added 18 points and 18 rebounds.

At Brooklyn, C.J. McCollum scored 33 points to power the Trail Blazers over the Nets, snapping a three-game Portland losing skid.

Evan Turner added 19 points and Damian Lillard contributed 18 for Portland while Allen Crabbe and Meyers Leonard added 14 each as the Trail Blazers had a season-high 15 3-pointers and a season-best 57.6 overall shooting percentage.

Brook Lopez scored 21 to lead the Nets, who lost their fourth game in a row.