Nov 22, 2016 10:32 AM PHT
Agence France-Presse
Facebook Twitter Copy URL
Copied
There are 7 medalists on the latest list of dope cheats released by the International Olympic Committee, but the Russian 3000m women's steeplechase winner is the only champion on the list 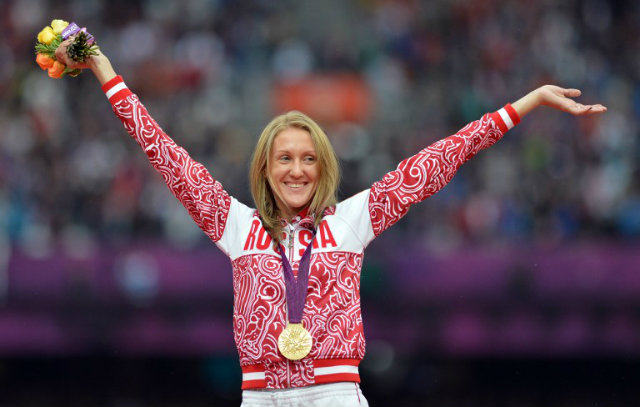 LAUSANNE, Switzerland – Steeplechase champion Yuliya Zaripova of Russia was one of 12 athletes disqualified on Monday, November 21 (Tuesday in Manila) after failing retroactive dope tests taken at the 2012 London Games.

There were 7 medalists on the latest list of dope cheats released by the International Olympic Committee, but the Russian 3000m women’s steeplechase winner was the only champion on the list.

The 5 others sanctioned were from Georgia, Kazakhstan, Russia and Ukraine who competed in weightlifting and track and field.

The Olympics governing body is pursuing a range of measures aimed at cleaning up drug use in sport after the Russian doping scandal plunged the IOC into one of its worst crisis in decades.

Russia was accused by a World Anti-Doping Agency report of running a “state sponsored” doping program and had more than 110 of its competitors banned from this summer’s Rio de Janeiro Olympics.

The IOC has so far retested 1,243 samples from London and Beijing, aiming to detect performance enhancing drugs that were not identifiable four and 8 years ago.

So far, the program has turned up 82 positive tests. – Rappler.com