Nov 22, 2016 10:45 PM PHT
Mars G. Alison
Facebook Twitter Copy URL
Copied
The NBA Store, which will be the first in the Visayas, will have products featuring all 30 teams of the league 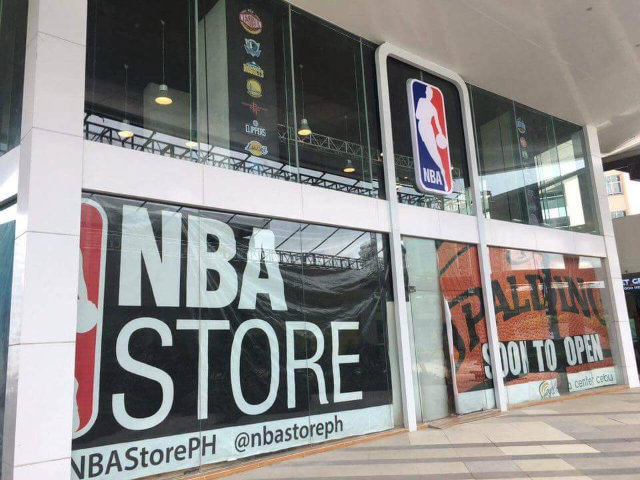 CEBU CITY, Philippines – Cebuano fans of the National Basketball Association can’t wait for the opening of the first ever NBA Store here in Cebu City this Thursday, November 24.

The NBA Store, which will be the first in the Visayas, will occupy 452 square meters at the fourth level of the Ayala Center Cebu, located at the Cebu Business Park along Archbishop Reyes Avenue.

This will be the fourth NBA Store in the Philippines and the first outside Metro Manila.

Adding to the excitement of the Cebuano fans is the presence of one of the NBA’s greatest point guards, Gary “The Glove” Payton, who will be interacting with fans during the store opening.

The first 300 customers who will make a purchase will get a gift from the NBA.

Ralph Eduard Go So, who used to play basketball before shifting full time to triathlon, said he’s very excited that Cebu will finally have its own NBA Store.

Before, So said he used to buy NBA products in Manila or abroad, so having an NBA Store in his city would make the merchandise very accessible, especially for the local players.

The excitement is shared by Michael Angelo Macion, a member of 11-time CESAFI champion University of the Visayas Green Lancers.

“Of course I’m excited because [I’ve been] a die-hard fan of the NBA since childhood,” Macion said. “I’m glad that an NBA Store is now open here in Cebu and hoping that more NBA stores will open soon here in Cebu.”

Macion added that he is expecting the store to be selling the jerseys of his favorite NBA superstars as well as T-shirts and shoes with autographs.

“As an NBA fan, it’s a whole new experience that we have a new NBA Store here in Cebu. It’s an opportunity that we have a little piece of an NBA experience with the presence of that store, from the items to anything else in that store that the Cebuano fans could enjoy. With the opening of the store, we could expect this to be big for everyone who wants to have a glimpse of NBA,” he said.

As for Edouard Benedict Illut, also an NBA enthusiast, he can’t wait to buy his very own NBA jersey. He said it doesn’t even matter which team it is, as long as it’s from the NBA Store.

The NBA Store will be managed by the International Athletic Trading Company (IATC) and will have products featuring all 30 teams of the league. These products include official jerseys, personalized jerseys, footwear, performance gear, lifestyle apparel, and non-apparel merchandise including basketballs, toys, collectibles, and more.

The store will also offer interactive elements, such as the NBA 2K video game where fans can test their gaming skills and compete against each other. The store will also have a Pop-a-Shot machine and a dedicated section for NBA memorabilia.

“We had envisioned expanding the NBA footprint across the country and to have now reached the Visayas region is a milestone for us,” said IATC president and CEO Melvin Lloyd Lim. “We could not be more excited to open the first NBA Store in the second most populous metropolitan area in the Philippines after Metro Manila.”

The flagship NBA Store in the Philippines which opened in 2014 is located in Glorietta 3. Another branch opened in 2015 at SM Megamall, while the third store opened this year at TriNoma. – Rappler.com