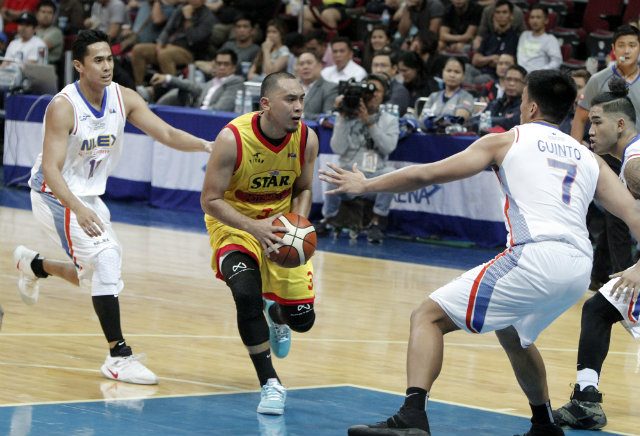 MANILA, Philippines – Paul Lee and Calvin Abueva exploded for each of their respective teams as the Star Hotshots and the Alaska Aces break into the win column for the first time this season in the 2017 PBA Philippine Cup on Wednesday, December 7 at the Mall of Asia Arena.

Lee paced the Hotshots with 20 points on 4-of-8 shooting from deep on top of 5 rebounds and 7 assists in a 99-75 rout of the NLEX Road Warriors.

The veteran guard had ample support from his teammates with rookie guard Jio Jalalon pouring 17 points and 5 rebounds off the bench. Allein Maliksi had 15 markers while Ian Sangalang and Aldrech Ramos had 13 apiece as Star improved to a 1-2 slate.

In the first game, the Aces also had a breakthrough with the return and season debut of star forward Abueva to lead them to a 95-84 victory over the Batang Pier.

Abueva is back from an injury on his quadriceps and promptly came up with 22 points on 3-of-4 triples to go with 11 boards and two steals.

JVee Casio had 15 points while Vic Manuel added 10 markers and 7 rebounds off the bench in his return from a one-game suspension together with Ping Exciminiano for playing outside of the PBA. Rome Dela Rosa also returned from a quad injury.

Alaska won its first game in 3 outings as well. – Rappler.com