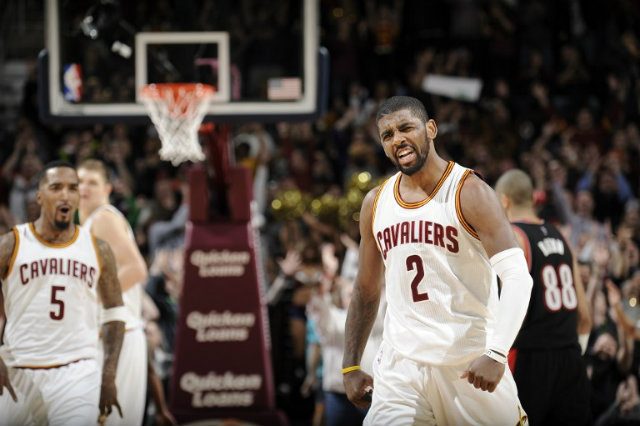 LOS ANGELES, USA – The Cleveland Cavaliers beat the Milwaukee Bucks for the second time in as many days on Wednesday, December 21 (Thursday morning, Manila time), and this time, they didn’t need overtime to do it.

Kyrie Irving scored 31 points and handed out a career-high 13 assists and LeBron James scored 29 points and pulled down 9 rebounds in a 113-102 victory over the Bucks in Cleveland.

The victory came a day after the Cavaliers needed overtime to edge the Bucks 114-108 in Milwaukee and it came with Kevin Love again sidelined by a sore knee and guard J.R. Smith sidelined by a broken thumb that saw him exit Tuesday’s contest.

Even with the absentees, the Cavaliers exceeded their season average of 13.5 3-pointers per game with 15.

After both James and Irving played long minutes in Tuesday’s win, Cavaliers coach Tyronn Lue was careful with his stars.

He pulled James with 5:06 left in the first half to rest, even though James had made 3 straight 3-pointers on 3 Cavaliers possessions.

Added James: “He said, ‘I’m coming to get you after this play. I wished he would’ve changed his mind. It’s cool though. We won.”

Irving scored 14 points in the third quarter, when the Cavaliers stretched a 59-54 halftime lead to 92-77 going into the final period.

Eastern Conference leaders Cleveland won their third straight game and their 21st of the season.

“They’re the champs. They showed that again tonight,” Bucks coach Jason Kidd said. “They never panic. They’ve seen everything. For a young team like ourselves, we’re going through that. Hopefully we can learn from our mistakes.”

Cleveland next face the Brooklyn Nets on Friday, before hosting the Golden State Warriors in a Christmas Day clash between last year’s championship finalists. – Rappler.com