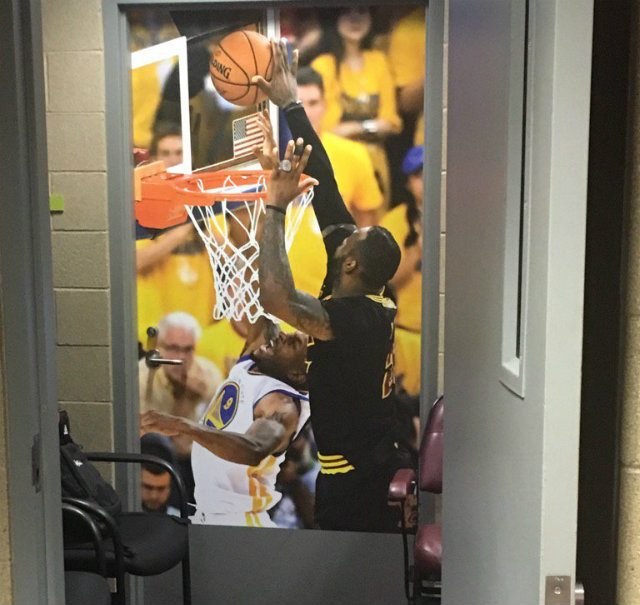 MANILA, Philippines – Nothing says welcome to the Quicken Loans Arena like a photo of one of LeBron James’ most heroic plays. That is, unless you’re the Golden State Warriors, and that photo is James’ iconic block on Andre Iguodala in Game 7 of last year’s finals.

That’s precisely the poster which is on the wall just down the hall from the visiting locker room. Tom Withers of the Associated Press noticed a door open near the room the Warriors will have to change in before their Christmas Day rematch. What was visible was straight savage.

This is the door open just down the hallway from #Warriors locker room. #Cavs pic.twitter.com/8z41uI01pA

Here it is in real time, in case you forgot.

In case you forgot, the Warriors blew a 3-1 lead and the Cavs won the NBA title.