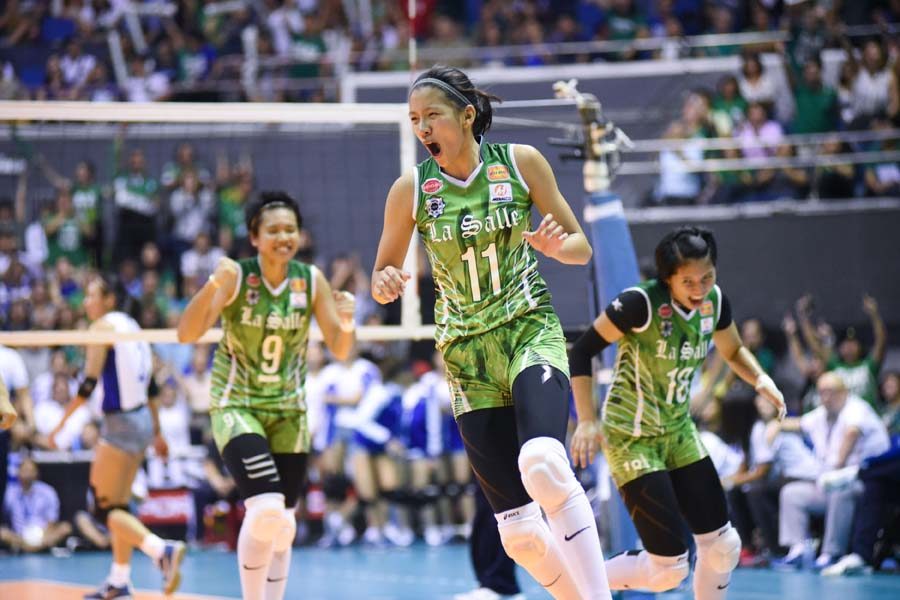 Facebook Twitter Copy URL
Copied
From Alyssa Valdez's last dance in the UAAP to the DLSU Lady Spikers climbing back to the top, 2016 was an eventful year in Philippine volleyball

MANILA, Philippines – From historic departures to brand new career chapters, 2016 has surely been a remarkable one for all Filipino volleyball fans.

Before the new year kicks in, we take a quick look back at some of the unforgettable moments that made 2016 one for the books in Philippine volleyball history.

The year in volleyball kicked in with what seemed to be one of the most legendary moments in NCAA Women’s Volleyball.

College of Saint Benilde accomplished a momentous run by clinching their first ever Women’s Volleyball title since joining the NCAA in 1998.

The Lady Blazers avenged their past championship losses against San Sebastian College after successfully routing the Lady Stags, 25-22, 25-23, 22-25, 25-22 last January.

Apart from joining the ranks of NCAA champions, CSB also made history by becoming the first team to conquer a thrice-to-beat advantage and claim the championship trophy.

DLSU Lady Spikers climb back to the top

After rival Ateneo forced a rubber match in a Finals showdown fans won’t soon forget, the Taft squad avoided another heartbreaker by reclaiming the championship in 4 sets, 19-25, 25-21, 25-16, 25-16.

Kim Dy, who is eyed to be one of the new leaders for La Salle, capped her breakout season with a Finals MVP award.

After 5 years of setting fire in the collegiate ranks, Alyssa Valdez took her final bow in the UAAP stage last April. 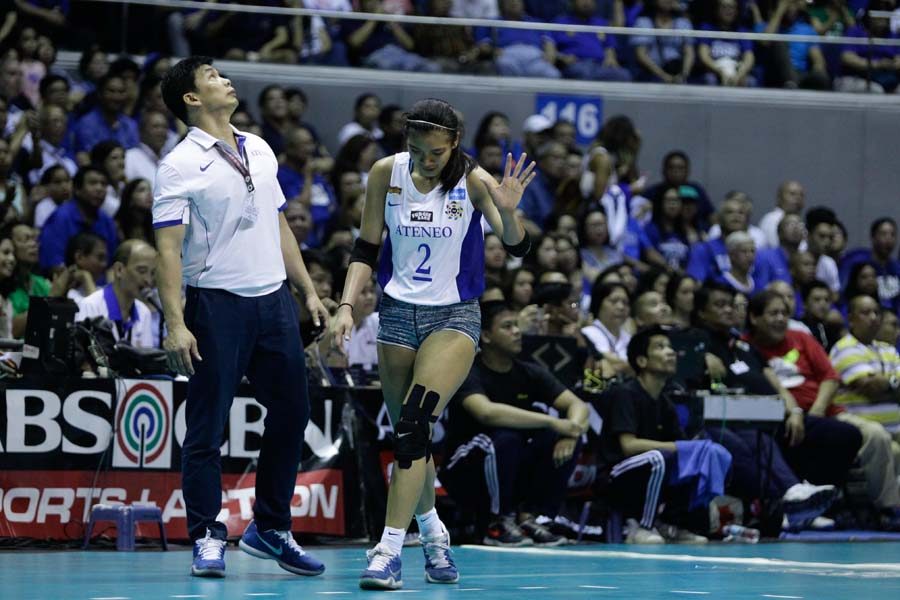 The Lady Eagles may have failed to come out victorious in the 5-year title saga against perennial rival La Salle, but Valdez surely carved a legacy of her own in Philippine Volleyball.

Following her UAAP exit, the 3-time MVP and champion continued to do work in the 13th Shakey’s V-League with Bali Pure in the Open Conference and Bureau of Customs in the Reinforced Conference.

(READ: Life goes on for Alyssa Valdez after finals loss)

A few days ago, it was reported that the Ateneo star was invited by Thai club 3BB Nakornnont to play for the team in the 2017 Volleyball Thailand League as well as the Thai-Denmark Super League.

2016 was also marked as an eye-opening year for Philippine Volleyball, thanks to the country’s triumphant hosting of two international FIVB tournaments – the Asian Women’s Club Championship and the Women’s Club World Championship.

The 17th staging of the AWCC held in Binan, Laguna last September provided the spectators a preview of the best squads in the continent as powerhouse countries including Japan, China, Thailand and Kazakhstan came to visit.

Meanwhile, the most recent showing of the FIVB Women’s Club World Championship at the Mall of Asia Arena last October allowed Filipinos a glimpse of Olympic-caliber teams squaring off with some of our local talents.

The PSL-F2 Logistics Manila, a mix of 7 local players and 7 imports, bowed out of the tournament in last place.

With the two prestigious FIVB contests gracing the Manila stage, one thing’s for sure: the future appears to be bright for Philippine volleyball.

After more than two decades, Tina Salak is finally taking a step away from her decorated volleyball career.

Salak, arguably the greatest setter of recent history, was a vital cog for the Far Eastern University championship team back in 1994-1995. The former Lady Tamaraw also represented the country in several Southeast Asian Games, winning a silver with the national team in the 1995 Chiang Mai Games as well as a bronze in the 2005 Manila Games.

After announcing her retirement, Salak is now looking to try a hand at coaching, and of course, retiring from the military in a few years.

The Philippine volleyball legend may have called time on her sport, but the decision marks a brand new chapter for the veteran setter.