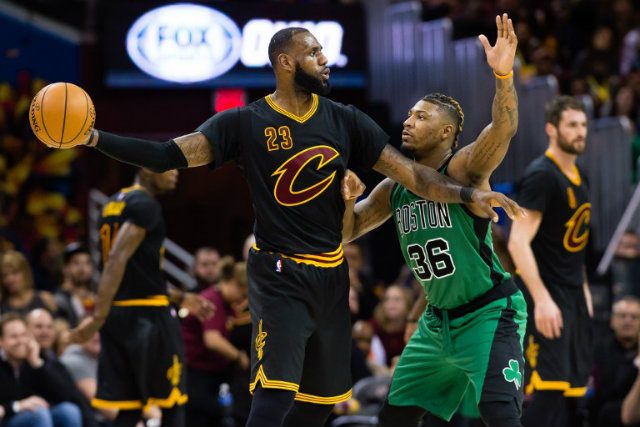 CHICAGO, USA – LeBron James celebrated his 32nd birthday Friday, December 30 with his defending champion Cleveland Cavaliers looking like a strong bet to deliver him a seventh consecutive trip to the NBA Finals.

After a 124-118 home victory Thursday over Boston, the Cavaliers stood 24-7 with the best record in the Eastern Conference and third-best overall behind Golden State (28-5) and San Antonio (26-6).

“Happy Birthday brother @kingjames What a year, what a year. Keep inspiring and being YOU. Enjoy it brother!” Cavaliers guard Kyrie Irving posted on Instagram.

With 27,544 points, “King” James has scored the most of any NBA player before turning 32. And 6 consecutive NBA Finals appearances, 7 overall, are also milestones that eluded retired legend Michael Jordan, the icon whose feats are most closely compared to those of James.

“I haven’t (compared myself to Jordan) because our games are so different,” James said Thursday. “He was much more of a scorer and did a lot of post work at that time. But our games are just different. My body is different.

“You recognize the dominance that someone had at that age, but there are no similarities in our game at all.”

The Cavaliers posted birthday well wishes on Twitter as did English Premier League side Liverpool, of which James is a part owner, and several teammates.

Cavaliers forward Richard Jefferson poked some fun, posting a photo of a cryogenics chamber on Snapchat with the phrase “How the King spends his birthday”.

He sparked Cleveland to the NBA crown in 2016, making the greatest NBA Finals comeback from 3-1 down to win the best-of-7 series, leading every major statistical area in an unprecedented feat to bring Cleveland its first major sports champion since the 1964 NFL Cleveland Browns.

In an off-season youth camp, James said earlier this year after achieving his goal of bringing an NBA crown to Cleveland he felt he was chasing the “ghost” of Jordan’s legacy, which includes 6 NBA crowns, 5 NBA Most Valuable Player awards and 10 scoring titles as well as a history of spectacular leaping dunks and clutch game-winning baskets.

James has 3 titles as Jordan did at age 32, although Jordan sparked the Chicago Bulls to 3 more crowns by age 35. And like Jordan, he has displayed acrobatic leaping dunks as well as the ability to bring teammates into the attack with assists and misdirection.

Jordan became the NBA’s first billionaire and owns the NBA’s Charlotte Hornets, whom the Cavaliers face Saturday, while James is the current face of the NBA with endorsement richest enough to stand third on the list of 2016’s top-paid athletes with $77.2 million, trailing only football icons Cristiano Ronaldo and Lionel Messi on the global list. – Rappler.com