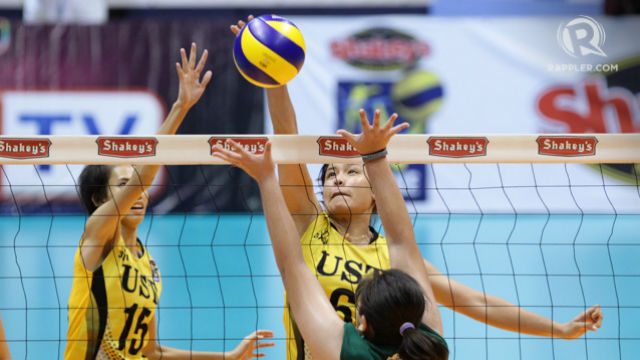 The returning veteran, who was sidelined last season after suffering an ACL injury, made no concrete promise but assured the UST community that the team will put in the work to achieve the ultimate goal.

“Siguro we’re more of a fighter [this season] and that we will really work hard to be on the Final Four, which is iyon ‘yung first goal namin since last year ‘di namin naabot yung goal namin,” Lastimosa told Rappler.

(We’re more of a fighter [this season] and that we will really work hard to be on the Final Four, which is our first goal since last year we weren’t able to achieve it.)

The Espana squad will fly off to Thailand this month for an intensive 9-day training camp, which will include a series of tune up games against Thai club teams. The comebacking captain wishes that the training abroad will do wonders for the Tigresses’ chemistry before the tournament finally opens next month.

(Hopefully in Thailand, since there would be a lot of tune up games, we would gain confidence and gel as a team. We can also improve on our weak areas as a team.)

Season 79 will mark the spiker’s comeback year in the UAAP, as Lastimosa is expected to lead a core lineup of Ria Meneses, Chloe Cortez, EJ Laure, and Cherry Rondina among others.

Aside from propeling UST back to the semis, the Cagayan de Oro native likewise hopes to leave a mark of her own as she gears up for her final year in the league.

“I would like to be remembered as a player who will not give up, and [who] will always be there for the team.” – Rappler.com