Nash Racela on Game 6: ‘We want to deal with this defeat professionally’ 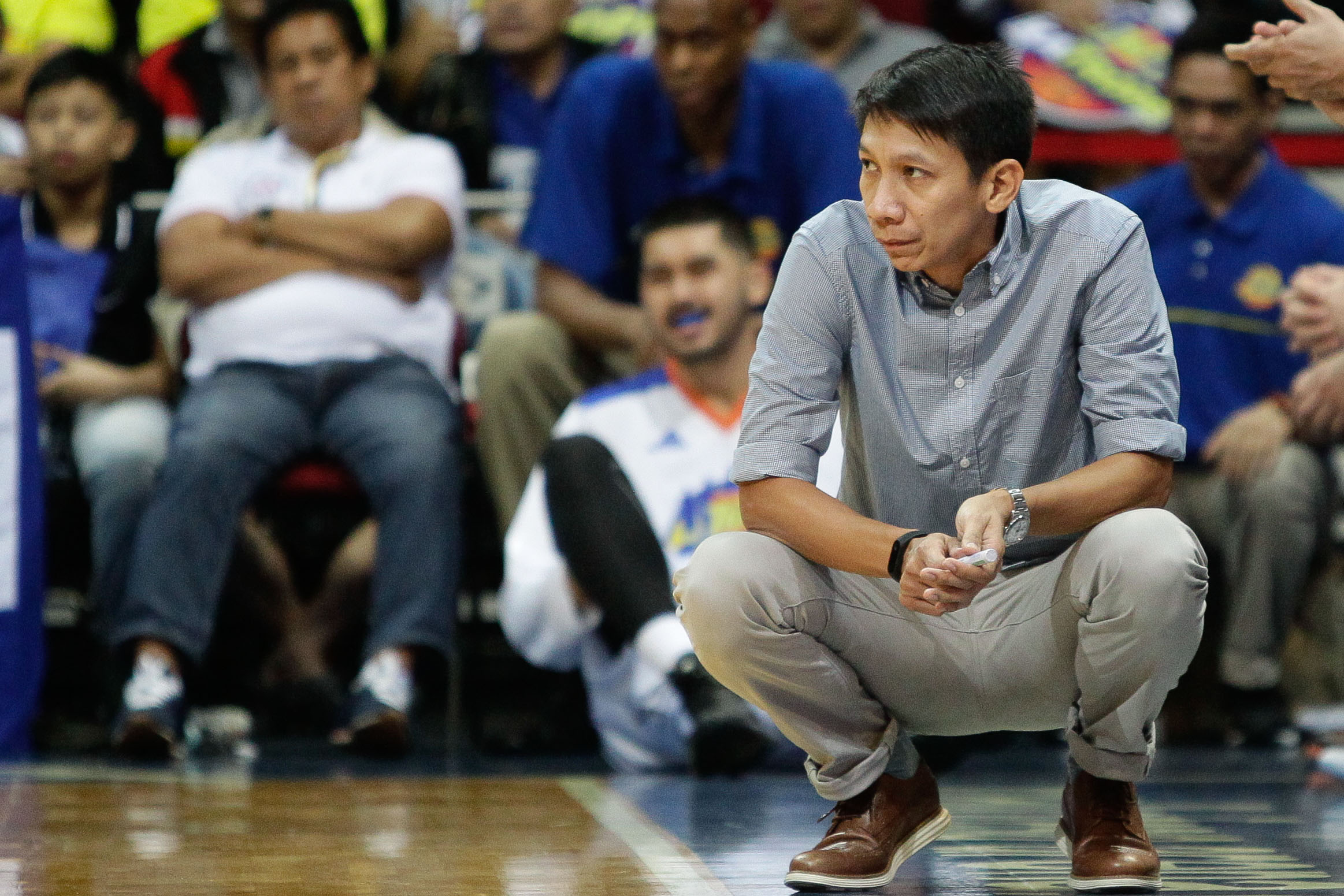 The first-year PBA coach had very little to say when asked to share his thoughts on Game 6, opting for less candor than he did in the past few days.

“I think it was a very well-officiated ballgame and we want to deal with this defeat professionally,” he said. “So we go back to the drawing boards, review, and make our adjustments.”

He preferred to keep his comments short and indefinite through a nearly 3-minute interview peppered with long pauses outside TNT’s locker room. He emphasized professionalism once again when asked about what happened as his team struggled for points in the second half.

“I don’t know. We will review because that’s how professional people do it. I cannot say right now but we will still review first,” he said, as San Miguel ran away with the game in the fourth quarter.

Racela had been vocal in an emotionally-charged week for the PBA – with drama also ensuing in the other semifinals match-up between rivals Barangay Ginebra and Star.

The 45-year-old former Far Eastern University mentor called out officiating after TNT’s Game 4 loss, saying San Miguel “got what they wanted” and that the players were “demanding special treatment.”

“They got what they wanted. They were demanding some treatment from the referees the last game. If they heard what [Chris] Ross and Marcio [Lassiter] said, they got it (in Game 4). That kind of entitlement because they are the champions, they got it.”

“Just because they are the defending champion and they have the MVP, all of a sudden they are expecting special treatment when they enter the court. Me, I don’t buy that as a coach,” he further explained.

Racela was reacting to comments made by Chris Ross and Marcio Lassiter in Game 3, where they said reigning 3-time MVP June Mar Fajardo “should be able to get calls at the end” and that he should “get a little more respect.”

Fajardo fell into foul trouble in Game 3, allowing TNT to capitalize for the 2-1 series lead. The circumstance made for a more subtle jab at officiating for Racela then.

“We’re just thankful because finally the referees are calling the fouls on June Mar. Last game he played 40 mins and he just had a foul. At least today they were seeing it, and they were calling that. That gave us a good chance.”

Following his Game 4 comments, Racela was reportedly handed a Php 20,000-fine for statements “detrimental to the league.”

It also led to a short press conference at halftime of Game 5 where San Miguel Corporation sports director Alfrancis Chua, who expressed “concern” over Racela’s claims of the Beermen receiving “special treatment.”

“When we lost two games in a row, he didn’t hear from us,” Chua said, according to reports. “Special treatment for what? Because we won? We’ve been here the longest time and pag natalo kami (when we lose), we don’t say anything.”

“It’s not good para sa amin (for us),” Chua added. “Our coach didn’t say anything. Sana mag-coach na lang siya (I hope he focuses on coaching).”

After securing a Game 5 victory, Racela offered few words about officiating and the reported fine.

“Less is more,” he was quoted as saying then. “Less talk is better.”

TNT’s Saturday loss meant that there will be a deciding Game 7 on Monday, February 20 for a slot in the 2017 PBA Philippine Cup Finals.

Over at the Manila Clasico series, Star forward Allein Maliksi also caused controversy in Game 4 after he made a “cooking” gesture in which he appeared to be stirring a pot after a non-call late in the game.

Maliksi was subsequently summoned to the PBA Commissioner’s office and he then apologized for his actions through a series of posts on Twitter.

He was reportedly also metted out a fine with an undisclosed amount.

Star currently leads that series, 3-2, with Game 6 to be played on Sunday, February 19. – Rappler.com