MANILA, Philippines – Barangay Ginebra’s own “Living Legend” Robert Jaworski came out to watch Game 7 of the 2017 PBA Philippine Cup semifinals against rival Star Hotshots on Tuesday, February 21, at the Mall of Asia Arena.

The 70-year-old legend arrived early in the third quarter and went straight to his seat behind the Ginebra bench, waving to fans and granting photo opportunities.

The Gin Kings forced Game 7 of this Manila Clasico series by overpowering the Hotshots in Game 6, 91-67.

Ginebra has exerted its might on Star all through Game 7 so far and are leading in double figures as of posting. 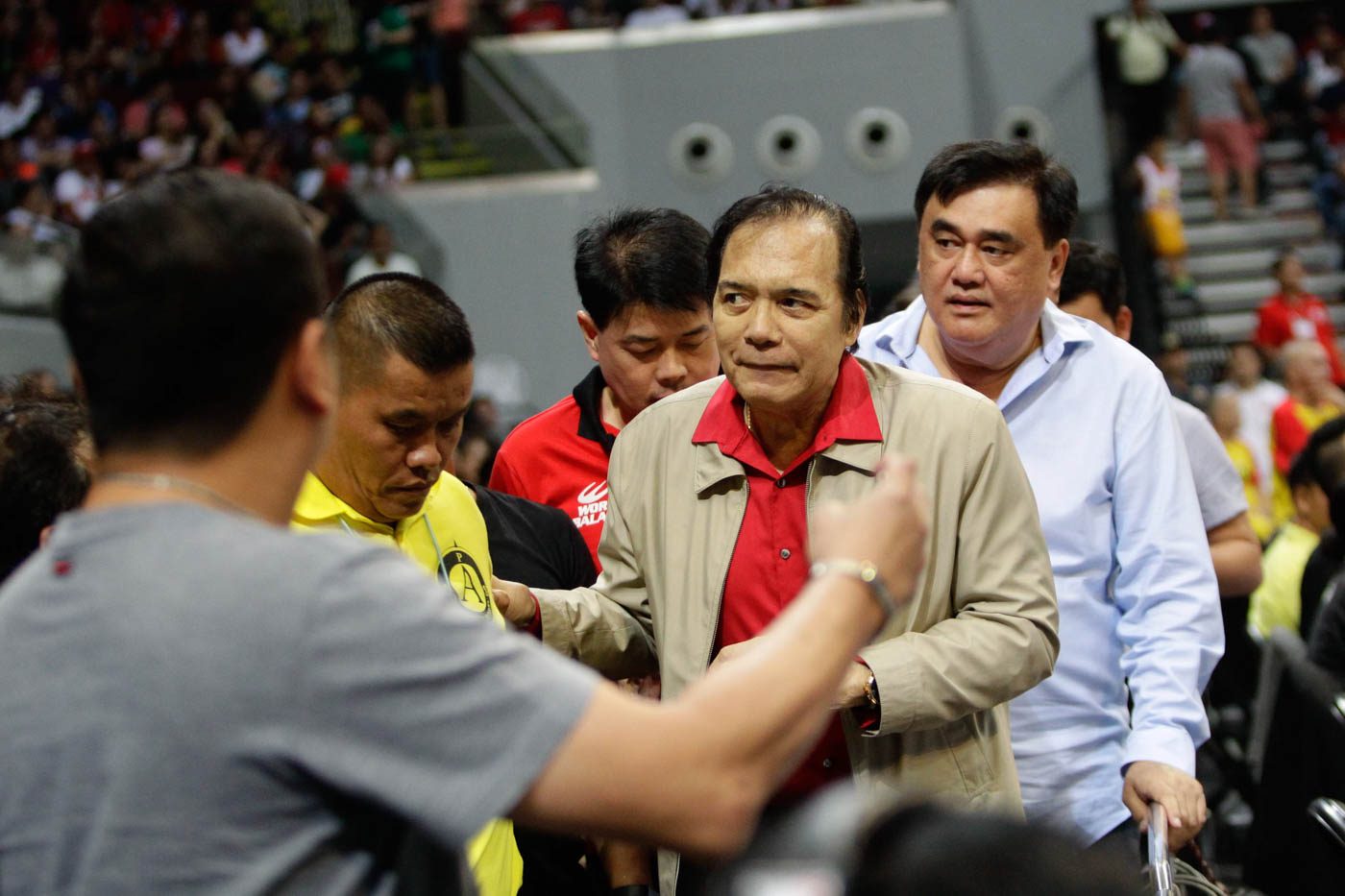