ANTIQUE, Philippines – And the crown still goes to the National Capital Region (NCR).

Like a predator hunting for its prey, the 3-time Palarong Pambansa qualifier Romualdo Ramiro had no holds barred in unleashing the beast as he dropped a 7-0 run, sealing the deal with an 11-4 domination during the last set.

“Para po sa parents ko, kasi sila po ‘yung inspirasyon ko dito,” the National University student said after the game. (This is for my parents because they are my inspiration here at the Palaro.)

Tying in a 1-1 set, the 17-year-old athlete fired multiple smashes to force the Batangas-based Alvin Sevilla to commit unforced errors, thereby marking the third set at 11-7.

Sevilla attempted to catch up as he registered two consecutive smashes to set 8-6, finishing up in 11-8 to tie up a 1-1 set. 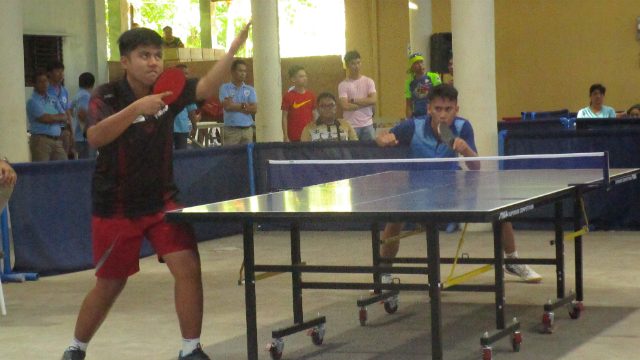 NCR continues its second-streak in men’s single and is looking forward to maintain it.