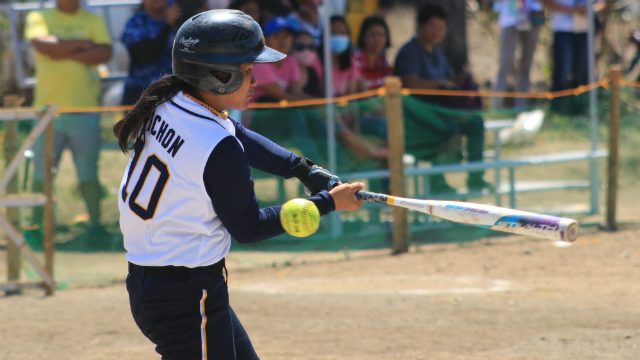 ANTIQUE, Philippines – The National Capital Region (NCR) softbelles have been longing for a rematch with the Negros Island Region (NIR) – the region that beat them for the secondary softball title last year in Bicol.

Aliza Pichon and Shirlette Maygay gave them what they want.

Pichon sacrificed a hit in the bottom of the 7th inning to assist Maygay’s game-winning run as NCR escaped Central Luzon – again – 2-1 and advanced to the finals of the 2017 Palarong Pambansa Secondary Softball tournament at the Camp Fullon Field on Friday, April 28.

The Adamson University stalwart stroke a 50-meter hit in the NCR’s final possession, sending Maygay home before getting out to secure the “Big City” rematch with the defending champions Negros Island.

“It’s nice to be back in the finals with them (Negros Island),” said NCR’s coach Yolanda Sanchez. “It’s payback time.”

After giving up a run right at the start of the first frame, pitcher Alexandria Romero-Salas bounced back strong in the next 6 innings, allowing just four hits and striking out two Central Luzon players to help NCR get the victory.

The girls from Region 3 had too many chances to retake the lead midway, but could not convert any as NCR’s defense proved to be too strong to crack.

At the top of the 6th inning, Central Luzon threatened when Jojielyn Lim and Jewel Rose Grafia managed to fill the third and second base, but Romero-Salas and the rest of the NCR answered back, catching a Miracle Angel Balogna’s flyball and striking out Mary Rose Letegio respectively, to prevent Region 3 from scoring.

Angel Rose Libaton also had a clear chance to double Central Luzon’s lead in the third inning, but NCR forced three successive outs to hold on.