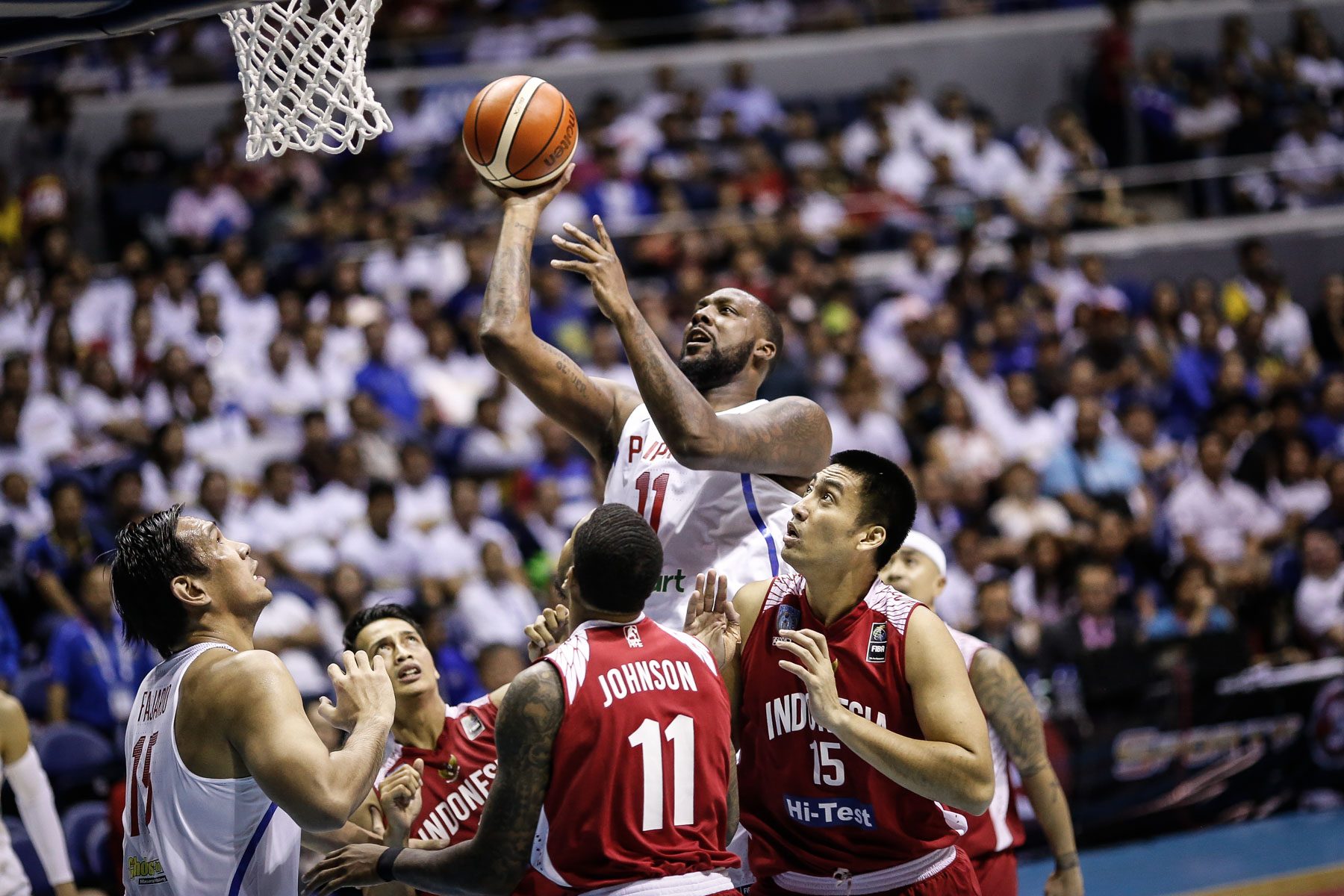 Facebook Twitter Copy URL
Copied
(UPDATED) The Philippines rips Indonesia in the final game to finish the 2017 SEABA Men's Championship at 6-0. Gilas will also go to the Asian Qualifiers.

MANILA, Philippines (UPDATED) – The last casualty: Indonesia. The bloodbath is over.

Gilas Pilipinas lords over Southeast Asian basketball once more after blowing by Indonesia, 97-64, to win gold in the 2017 SEABA Championship on Thursday, May 18 at the Smart Araneta Coliseum here.

It was the Philippines’ sixth straight victory for an undefeated record, and not once did any team threaten them.

The victory formalized Gilas’ entry into the FIBA Asia Cup in August and the Asian Qualifiers in November, which will determine the countries to compete in the 2019 FIBA World Cup.

Andray Blatche, who sat out the previous game, poured 21 points on 4-of-7 shooting from deep and pulled down 10 rebounds, while Jayson Castro added 14 markers, 7 rebounds, and 5 assists.

It’s been carnage for Gilas for 6 straight games, ripping through opponents one by one and winning by an average margin of 58.67. It was, however, the first time that Gilas was held to less than a hundred points in the tournament.

Indonesia’s American import Jamarr Johnson was held to just 4 points on two-of-6 shooting. Arki Wisnu, the Indonesian-American, paced his team with 11 markers and 4 assists, while heady guard Mario Wuysang added 10 points and 5 assists including a couple of treys.

Pretty nice when the Araneta Coliseum isn't divided and a 360 wave is possible #SEABA2017 pic.twitter.com/yy8GoeBQg7

Both Indonesia and the Philippines came into the game undefeated, setting up the virtual title match.

The Filipinos copped their eighth title in SEABA play and stretched their tournament win streak to 36 games since 1996. Indonesia was the last team to defeat the Philippines in SEABA during gold medal match in 1996.