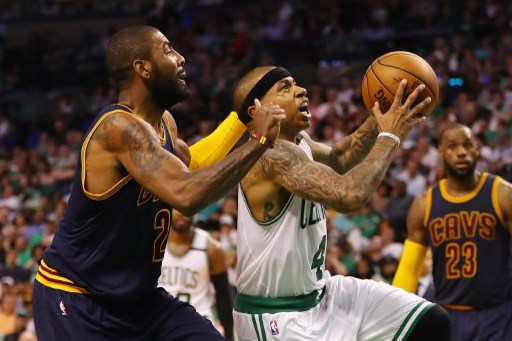 BOSTON, USA – Boston Celtics guard Isaiah Thomas will be sidelined for the rest of the postseason after aggravating a hip injury during game two of the Eastern Conference finals, the NBA team announced on Saturday, May 20.

The 28-year-old Thomas initially injured his hip in a game against the Minnesota Timberwolves on March 15, and then aggravated it during game 6 of the second round series against the Washington Wizards.

“Isaiah has worked tirelessly to manage this injury since it first occurred,” said Celtics team doctor Brian McKeon. “The swelling increased during the first two games against Cleveland, and in order to avoid more significant long-term damage to his hip, we could no longer allow him to continue.”

Thomas has been diagnosed with a femoral-acetabular impingement which affects the ball joint in the hip socket.

Thomas did not travel with the team to Cleveland for game 3 on Sunday. The Cavaliers lead the series, 2-0. – Rappler.com