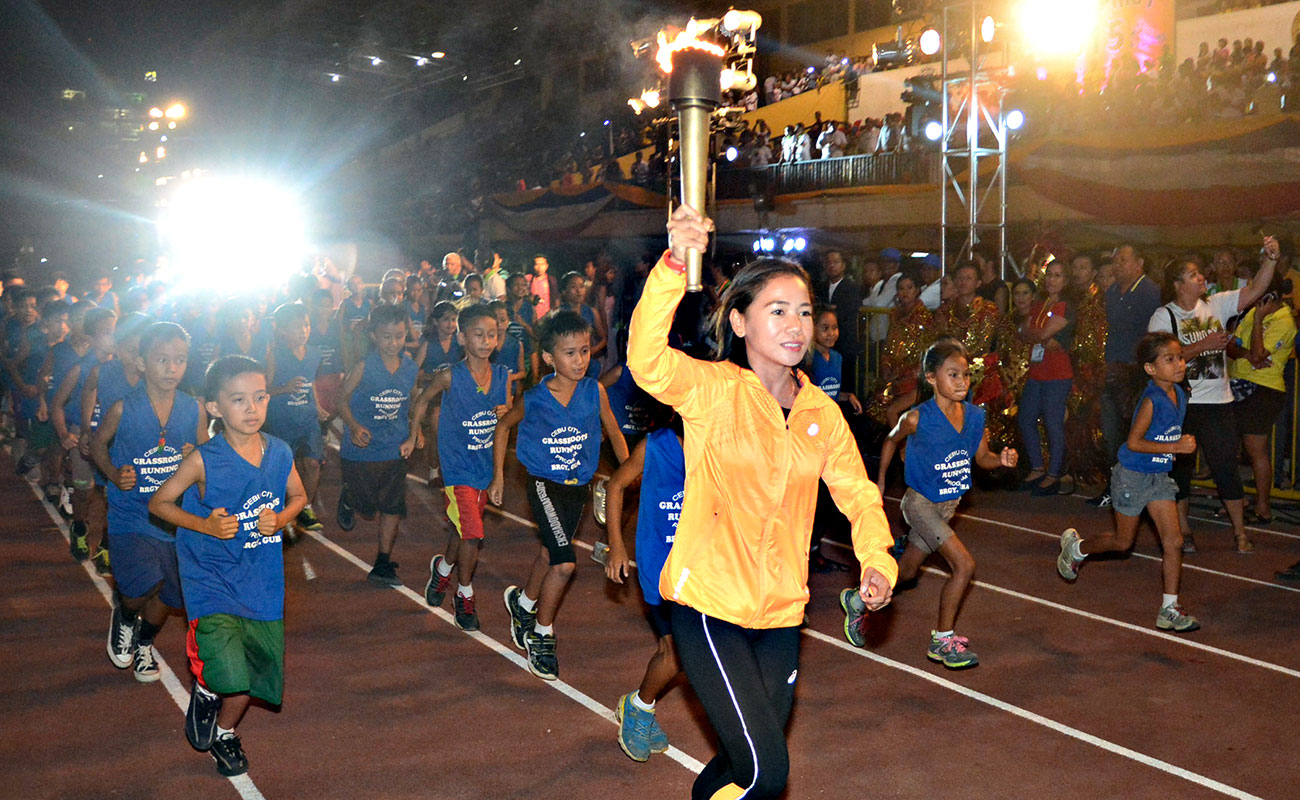 CEBU CITY, Philippines – Cebu 3rd District Rep. Gwendolyn Garcia has filed a resolution at the House of Representatives questioning why marathon runner Mary Joy Tabal has been excluded from the list of athletes who will be competing in the 29th Southeast Asian Games this August in Kuala Lumpur, Malaysia.

The resolution is directing the Committee on Youth and Sports Development to conduct an investigation on why the Philippines’ first female Olympic marathoner has been dropped from the list.

On Monday, June 5, the Philippine Athletics Track and Field Association (PATAFA) led by its president Philip Ella Juico announced in a press conference that they are cutting Tabal from the national team which will see action at the upcoming SEA Games.

PATAFA had taken issue with Tabal not wanting to train in Manila and opting to stay with her long-time coach John Philip Duenas, who has been responsible in not only helping her win several local, national and international marathon races but also earn a silver in the 28th SEA Games and qualify for the Rio Olympics, it’s noted in House resolution no. 1073. (READ: PATAFA’s Juico on marathoner Tabal: ‘We don’t like you’)

The athletics governing body also accused Tabal of being disrespectful, of sowing division in the association and criticizing PATAFA.

Garcia’s resolution reads that it has been alleged that “PATAFA’s decision is unreasonable and arbitrary, and even discriminatory, considering that some Filipino American athletes are reportedly allowed to train with coaches of their choice, and even with financial assistance from PATAFA.” 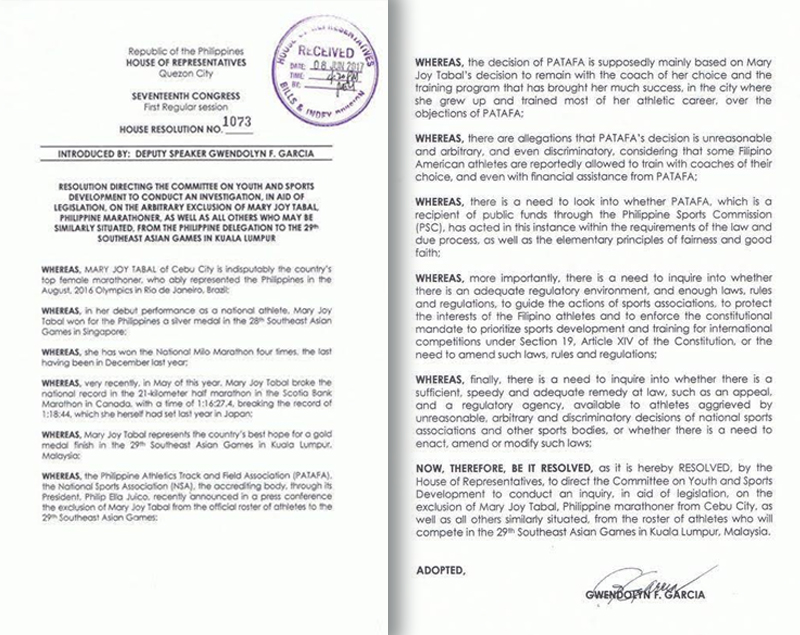 Garcia also stated that “there is a need to look into whether PATAFA, which is a recipient of public funds through the Philippine Sports Commission (PSC), has acted in this instance within the requirements of the law and due process, as well as the elementary principles of fairness and good faith.”

The congresswoman also wants the committee to inquire whether there are adequate laws, rules and regulations to regulate the actions of sports associations to protect the interest of Filipino athletes.

Garcia also pointed out in her resolution the need to inquire whether there is an avenue for an athlete to immediately appeal a decision of national sports associations that is unreasonable, arbitrary and discriminatory.

Garcia is not the only Cebuano official who has thrown their support for Tabal.

During the press conference that MotorAce Philippines, Inc. called for Tabal on Tuesday, June 6, PSC commissioner Ramon “El Presidente” Fernandez announced that the Cebu City Council was also passing a resolution asking PATAFA to reconsider its decision of cutting Tabal from its list of athletes seeing action in the SEA Games.

The Cebu City Council also asked the PSC and the Philippine Olympic Committee (POC) to intervene in the issue. Both resolutions had all Cebu City councilors named as authors. – Rappler.com