Why the first-ever NBA Awards Show should be the last 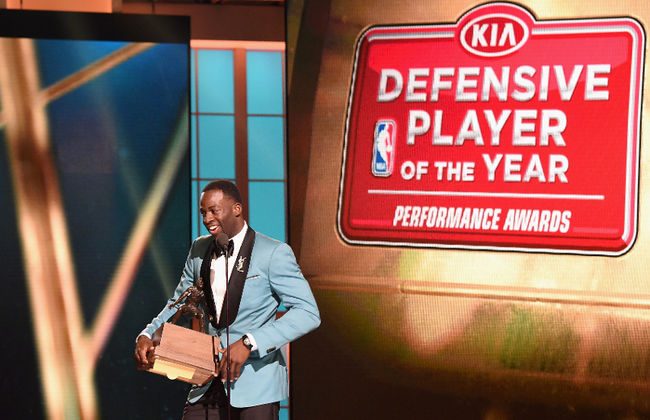 Facebook Twitter Copy URL
Copied
Hopefully, the league will do what’s best for its fans – not its business – next year

Well, that was quite a spectacle, wasn’t it?

The inaugural NBA Awards show concluded in New York City Tuesday morning, June 27 (Manila time). Hosted by famous musicians and high-profile NBA fan Drake, and attended by stars – players and celebrities alike – the awarding ceremony was highlighted by the long-awaited revelation of this past season’s best of the best. However, that’s where the good things end.

As the age-old adage goes, “If it ain’t broke, don’t fix it.” And that’s what the NBA completely ignored.

To put the whole jazzed-up affair in the simplest of terms, it was bad, and for a couple of reasons:

As stated earlier, the revelation of the league’s award winners had long been awaited by fans around the globe, but with the inception of this Oscars-style event, they waited far too long.

The regular season ended on April 12, two months and two weeks ago. Russell Westbrook, the eventual winner of the regular season Most Valuable Player, had since been long eliminated from playoff contention along with his fiercest competitor and first round opponent, James Harden.

This delay just added to what was already a predictable two-team tango in the playoffs between standalone powerhouses Golden State Warriors and Cleveland Cavaliers. An earlier announcement of the MVP winner – say, during the middle of the playoffs’ first round like it has always been – would have added a fresh and different storyline involving Westbrook and Harden. And this is not just an assumption; one such dramatic storyline had already played out decades ago.

Snubbed from the award, Olajuwon gunned for Robinson and the Spurs with an anger-fueled motivation. After averaging an already-impressive 31.8 points. 8.8 rebounds and 2.4 blocks in the first two rounds, Olajuwon soared to unprecedented heights and trumped the Spurs in 6 physical Conference finals games while averaging 35.3 points, 12.5 rebounds and an inhuman 4.2 blocks. After the matchup, Robinson could only say, “Hakeem? You don’t solve Hakeem.”

The Rockets then rode Olajuwon’s hot streak and easily swept the up-and-coming Orlando Magic in the finals. This is a Magic squad led by a healthy Penny Hardaway and a young but already monstrous Shaquille O’Neal. “The Dream” would end up being a back-to-back champion and Finals MVP – a redemption of sorts from the award he was snubbed from.

Just imagine what a first-round series Westbrook and Harden would have had if one already won MVP over the other. With both superstars unlocking their full potential at an identical time, one can only wonder how far further they would push themselves to prove they are indeed the best.

But alas, we waited until today instead. Now Westbrook’s victory, 42 triple-doubles later, seemed like a mere formality with all the hype completely dead.

Leave it to the NBA to experiment with and alter tried-and-tested traditions. Three years ago, John Wall won the Slam Dunk Contest of the All-Star break in a royal screw-up of a contest that featured a timed freestyle session instead of organized rounds of single dunks. It was universally hated and the NBA reverted to the classic contest a year later. Seeing how the NBA Awards night was shaped up, it may just be the next event to be forced into a time machine.

Sure, the night produced memorable speeches like Westbrook’s MVP speech and former coach Monty Williams’ Sager Strong award speech. But the event was also mired with minor, fan-voted awards to fill in air time, to which not even the winners themselves gave much care about. Instead, people had to sit through more of Shaquille O’Neal’s and Charles Barkley’s comedic antics before they got to the awards that really mattered.

To be fair, the concept of the program is promising, aside from the reasons stated above. But really, this is an event no one really asked for and instead, it contributed to the already unwatchable nature of these past playoffs.

Imagine if Rudy Gobert’s Utah Jazz faced the Warriors with Draymond Green already the Defensive Player of the Year. Or what if James Harden already won MVP? Maybe he wouldn’t throw away the second-round series like he did against the Spurs. Or what if Avery Bradley already knew he was snubbed from the All-Defensive Teams? Maybe he would’ve ran scrappier defense against the Cavaliers.

The stories beyond the game itself are the life blood that the playoffs always needed, and even that was taken away. Really, if only this event was held earlier, there wouldn’t be much of a problem with its concept.

But here we are, hoping that for next year, the league would do what’s best for its fans, not its business. – Rappler.com