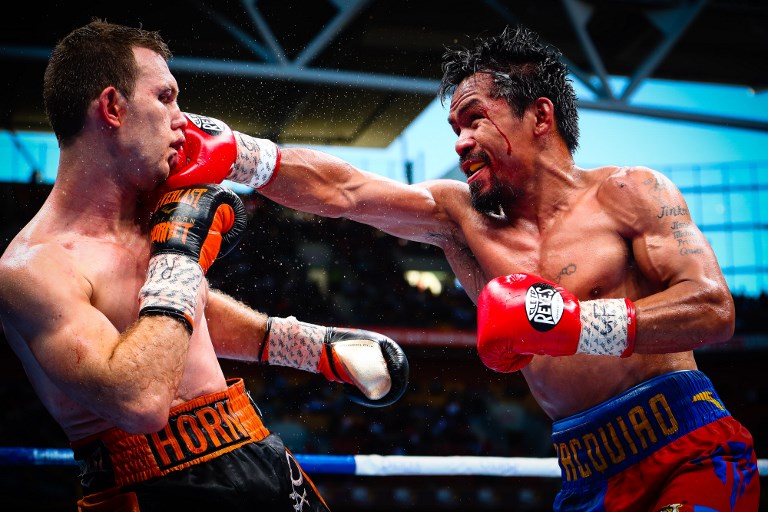 BRISBANE, Australia – Promoter Bob Arum told reporters that he doesn’t consider the unanimous decision loss of Manny Pacquiao to Jeff Horn to be at controversial.

“I thought it was a close fight, it could’ve gone either way. There’s an argument for the fight being 7-5 Manny, 11th round was sort of close,” Arum said after Horn upset the odds to win the WBO welterweight title at Suncorp Stadium in Brisbane, Australia on Sunday, July 2..

“Could it have been 7-5 for Manny? Yeah. But you can’t argue with the result.”

Arum, who has promoted Pacquiao since the mid-2000s, believes Pacquiao’s been stretching his schedule too much, saying his duties as a legislator in the Philippines are hindering his performances in the ring.

“I think you cannot spend so much time as a senator and expect to be a world class fighter,” said Arum.

Pacquiao, 38, was elected to the Philippine Senate last year, and has juggled both duties, training at the Elorde Gym near the Senate after sessions and fighting when Senate is in recess.

Pacquiao said he wanted to prove he could do both and win a world title when he defeated Jessie Vargas in November to win the WBO title a third time. Pacquiao had been determined not to miss a single day in the Senate after being criticized for being consistently among the most absent congressmen during his two terms.

The loss is just Pacquiao’s 7th in 22 years as a professional, dropping his record to 59-7-2 (38 knockouts). Pacquiao did not show up to the post-fight press conference, the first time he hadn’t shown up to speak to reporters after a fight since his 2012 knockout loss to Juan Manuel Marquez.

Arum said that there was a provision for a rematch, but that he’d want to discuss with Pacquiao his plans first. Arum will co-promote Horn through New Zealand’s Duco Events, and says the contract calls for it to also take place in Brisbane. – Rappler.com