Roach to talk to Pacquiao about retirement after Horn loss 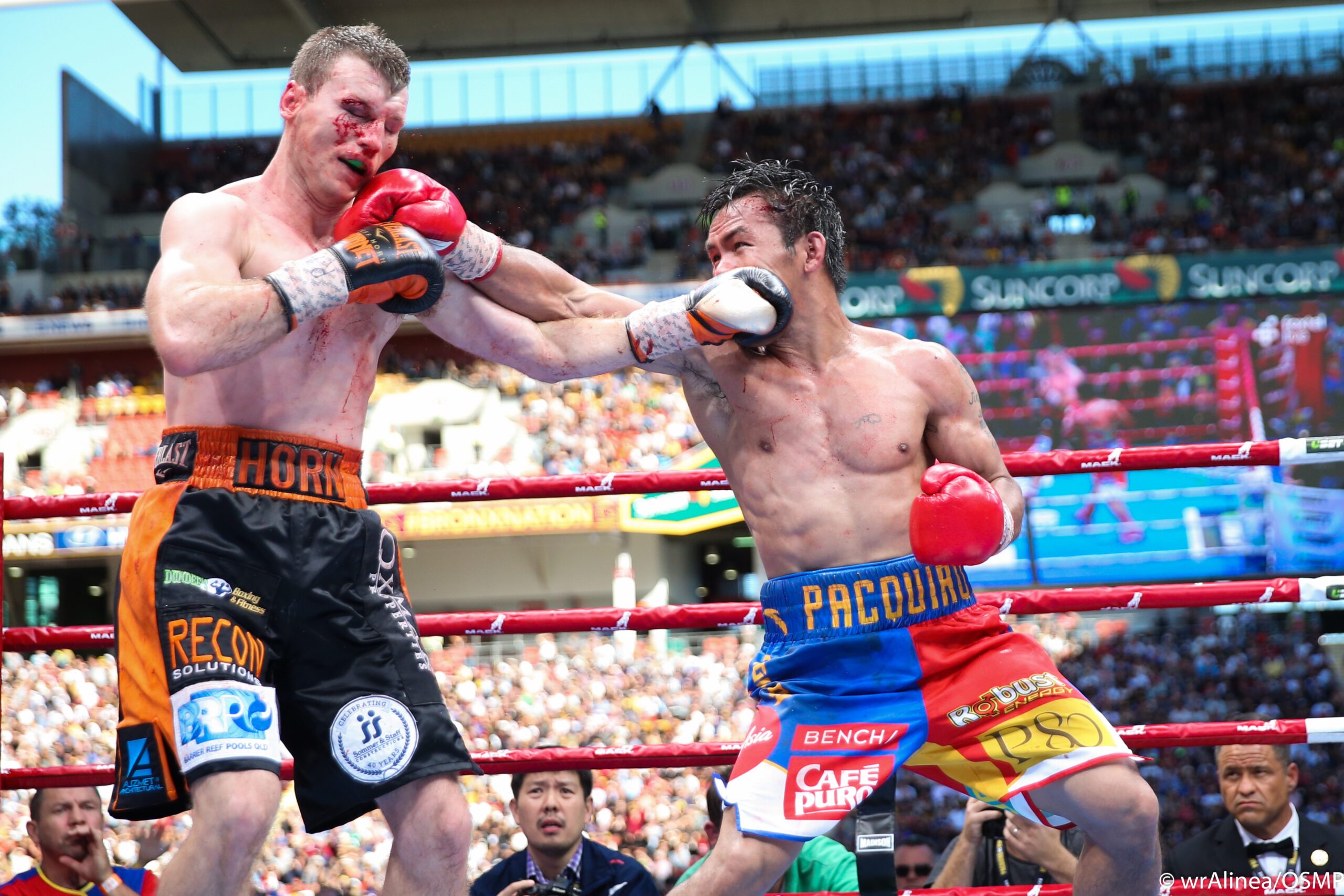 Facebook Twitter Copy URL
Copied
Freddie Roach stops short of calling the decision a robbery, but says he's on the fence about whether Manny Pacquiao should continue

BRISBANE, Australia – In the aftermath of Manny Pacquiao’s shock defeat to Jeff Horn, trainer Freddie Roach said he’ll have a talk with the 38-year-old boxing legend about hanging them up.

Roach had said in the build-up to the fight that he may advise his fighter to retire depending on how he loses, or even if he wins but doesn’t perform well.

“I’m gonna have a long talk with him about that. Because I think maybe being a senator, being a fighter, both is maybe too much,” said Roach after Pacquiao (59-7-2, 38 knockouts) lost a unanimous decision on Sunday, July 2, to long shot underdog Horn (17-0-1, 11 KOs) at Suncorp Stadium in Brisbane, Australia.

Pacquiao’s promoter Bob Arum expressed similar sentiments, saying, “I think you cannot spend so much time as a senator and expect to be a world-class fighter.”

Roach said he’s conflicted about whether Pacquiao, a 22-year ring veteran, should hang them up because of the rounds which he clearly won.

“I’m gonna give him my feelings on this because I’m a little bit in the middle because he didn’t fight badly, he did well in some of the rounds. He just wasn’t consistent enough for what I want,” said Roach.

When asked if he thought Pacquiao should retire, Justin Fortune, Pacquiao’s strength and conditioning coach, said “no way,” before adding: “It’s up to him. He might think about it. This all depends on Pacquiao, depends on what he wants to do. I can’t answer that question.

“He still has a lot of life left in him. It just depends on what he wants to do.”

Roach, who has trained Pacquiao since he first came to the United States 16 years ago, said he saw some positive signs from Pacquiao in certain rounds, particularly the ninth round when Horn was battered around the ring and given a 10-8 unofficial score from many observers, but not from any of the 3 judges.

“I just told Manny give me one more of them and the fight’s over, it’s done. He just couldn’t do it. We lost the decision,” said Roach.

He added that they did not have enough time for a proper training camp, and that sparring was bad in the early goings as Pacquiao reacclimated to ring life after months out of the gym, but that things improved once they relocated to General Santos City and away from life in the Senate.

Both trainers stopped short of saying the fight was a robbery, with Roach calling it a “pretty close fight.”

“It’s very hard for me to judge a fight from the outside,” said Roach. “I hear there’s a lot of people who think it’s controversial and Manny won and so forth, it went the other way and we have to live with that. Will we have a rematch? Maybe, I hope so.”

“That’s boxing. You get given a gift sometimes, you get screwed sometimes, but when you come to someone’s house, you’re supposed to mess them up, make a statement and then never leave it in the judge’s hands,” said Fortune.

Pacquiao will fly out of Australia on Monday morning, July 3, from the Gold Coast. A rematch clause is in the contract but stipulates that the fight must be held in Brisbane as well. – Rappler.com