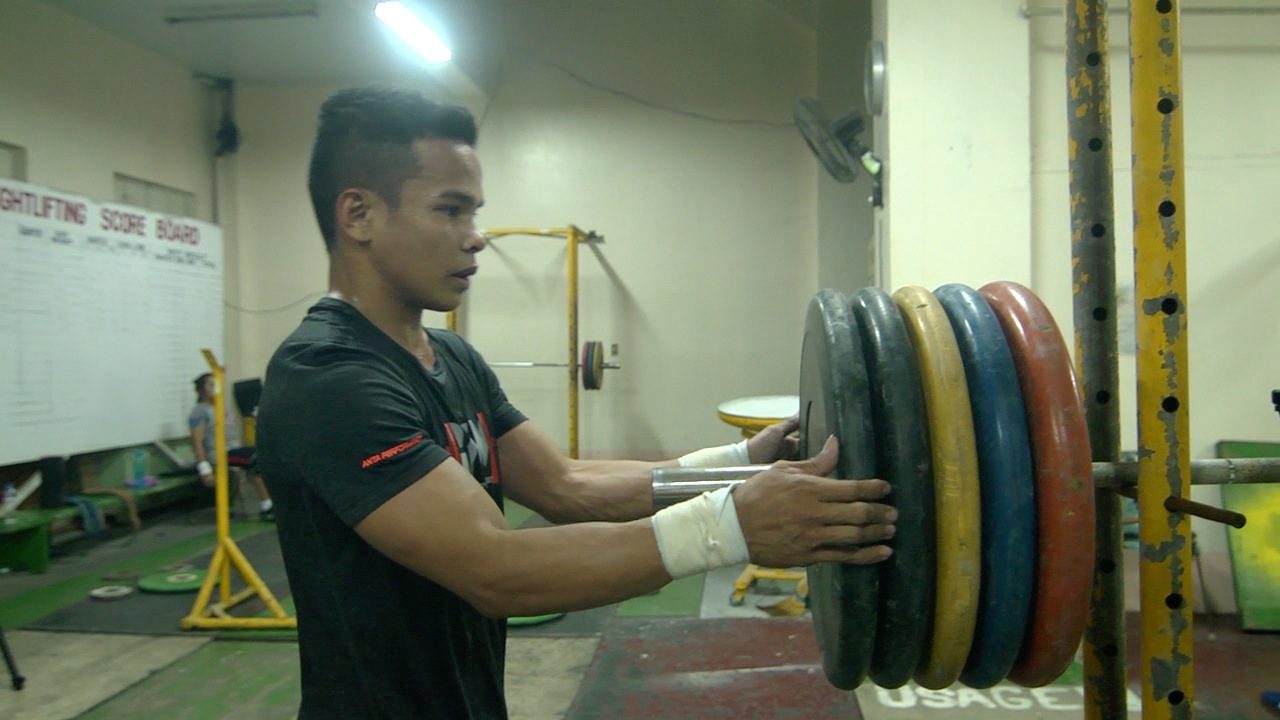 MANILA, Philippines – It was tough the first time, a year ago in Rio de Janeiro, Brazil. And it will not get any easier in Kuala Lumpur, Malaysia later this month.

Nestor Colonia will be the Philippines’ lone weightlifting representative for the 2017 Southeast Asian Games and the odds have never been stacked higher against him.

The Zamboanga City native is expecting no less than the Olympic-level competition he experienced last year when he faces rivals Thailand and Vietnam in a virtual rematch of the Rio Games.

“Parang hindi nga SEA Games ‘yung pupuntahan ko e, parang Olympics,” he forebodingly told Rappler in a phone interview as he trained in his hometown. (It doesn’t feel like I’m going to the SEA Games, it feels like the Olympics.)

To compound things further, Colonia will have to survive tough foes with only one good knee. Colonia, who will lift in the 56-kg division, is enduring a hurt right knee that had to be drained of uric acid in late July.

(All I’m thinking about is competing, to win a medal because I could beat them. But I have an injury, it’s hard. In training I can’t even do my 90%. It’s difficult. It’s painful.)

In Rio, Colonia failed to get a successful lift in the clean and jerk and ended up with a DNF or Did Not Finish on his record (along with Vietnam’s Thach Kim Tuan). Thailand’s Sinphet Kruaithong bagged the bronze with a total of 289 kg lifted as compatriot Witoon Mingmoon picked up 8th place. Another Vietnamese, Tran Le Quoc Toan, came in at 5th place.

Colonia has not joined any major tournaments since Rio and has been in serious training since around March, shuttling between Manila and Zamboanga City. He practices every day each afternoon, the pain in his knee thoroughly bothering him and his progress.

Atilano explained they decided to send only Colonia because they wanted to be realistic about which lifters had medal chances. He said they are treating the SEA Games as a major competition – up there with the Olympics and the Asian Games – which means they don’t intend to use it to simply give exposure to young lifters who are unlikely to make the podium.

(What we’re doing now with our junior lifters is we send them to junior competitions, youth competitions, in preparation for these major competitions. For now we only see Nestor. And we don’t want to pretend otherwise and then later on watch lifters win nothing. So it’s best to be honest about it.)

The weightlifting events – with a total of 5 weight classes – will take place from August 28 to 30. – Rappler.com