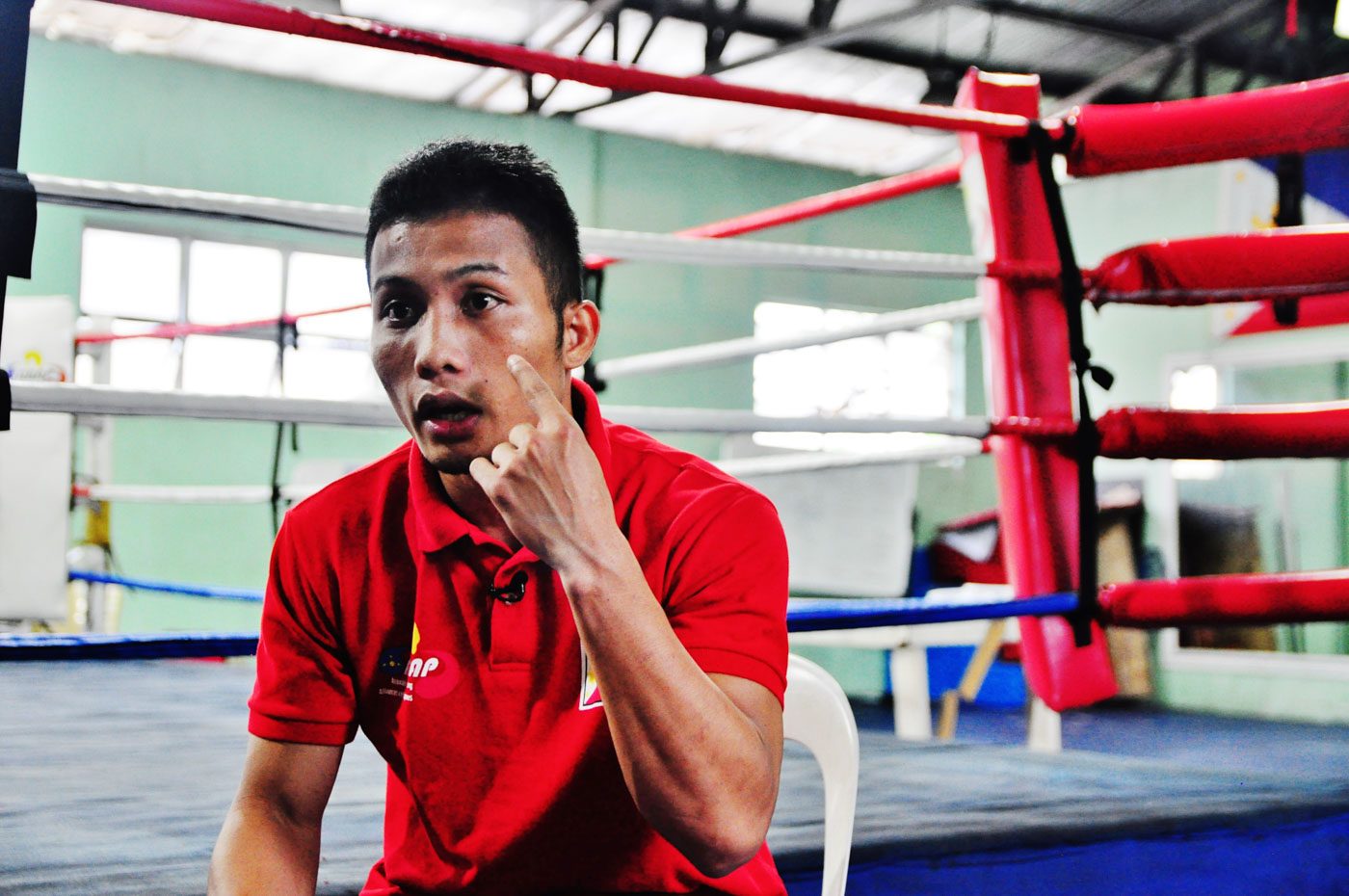 Facebook Twitter Copy URL
Copied
Mario Fernandez thought he'd fought his last fight when he was diagnosed with a cataract in his left eye. He's since been cleared to compete and will look for a 3rd straight SEA Games gold.

MANILA, Philippines – Mario Fernandez had been poised to make one final attempt to qualify for the 2016 Olympics when it happened.

It started with double vision and a white, cloudy spot on his left eye whenever light hit him. The injury he sustained against a taller sparring partner a couple of weeks before the AIBA World Olympic qualifier in Azerbaijan was unlike any he’d dealt with before. Fernandez had overcome shoulder and hand problems, but the fear of losing his vision extended to life beyond the ring.

“I was so very afraid. I’m saying to myself, ‘What am I gonna do because I love this sport?'” admitted Fernandez, 24, of Valencia, Bukidnon.

The first doctor he spoke with in Baguio, a “bone doctor” he recalls, diagnosed him with a cataract and told him he’d never box again. Azerbaijan was out of the question, but before he would close the door on his career he wanted a second opinion from an ophthalmologist in Manila.

“But I went to Manila to check again my eye, the doctor said, ‘You can fight because the problem is not so serious,'” said Fernandez, who’s also part of the Philippine Air Force. “That’s why I told to myself, this is not a problem, this is small, that’s why I’ll fight again.”

Ed Picson, executive director of ABAP, the Philippines’ Olympic-style boxing organization, said the cataract is still there, but doctors believe “it’s too small to be a cause for concern.”

“We were definitely worried about the cataracts in his eye. We had to wait for definitive word on whether boxing could inflict serious injury or debilitation,” said Picson. “But when we got the go-signal from doctors, Mario, administration, and the coaching staff were relieved and immediately set about getting him back in the harness.”

“He’s one of the classiest and clever boxers we’ve had so I’m hopeful he’s back to his old form.”

With Fernandez’s career extended, the bantamweight fighter is eager to show that not only can he still fight, but that he’s still a gold medal threat when he represents the Philippines at the 2017 Southeast Asian Games this month in Kuala Lumpur, Malaysia.

Fernandez has been one of the country’s most accomplished fighters since joining the national team earlier this decade, winning golds at the 2013 and 2015 SEA Games and earning bronze at the 2014 Asian Games in South Korea.

Fernandez’s 2015 campaign was particularly destructive as he scored knockouts (or Referee Stops Contests in Olympic parlance) of his Myanmar opponent in the semifinals, and his Thai foe in the finals.

Fernandez returned to competition in April at the Thailand International Boxing Tournament, and showed his power by knocking out a South Korean at the President’s Cup in Kazakhstan last June, earning silver along the way. Picson observed that Fernandez “needed to get his confidence and boxing legs back” after watching him in April but hadn’t seen how he looked during the team’s training camp in China.

Nolito Velasco, the team’s head trainer, said, “What I see now, Mario has different speed and [his] power is good.”

The competition in Kuala Lumpur is stiff this year as Thailand will be represented in the 56-kilogram weight class by a two-time SEA Games gold medalist of their own, Chatchai Butdee. Butdee fought in the Olympics last year and derailed Fernandez at the Asia-Oceania Olympic qualifier in China last April, winning a 30-27 decision in the semifinals.

With that in the back of his head, Fernandez vows to bring home a third gold, no matter who he faces along the way.