Amid Marawi crisis, Gilas to give PH something to cheer for at SEA Games 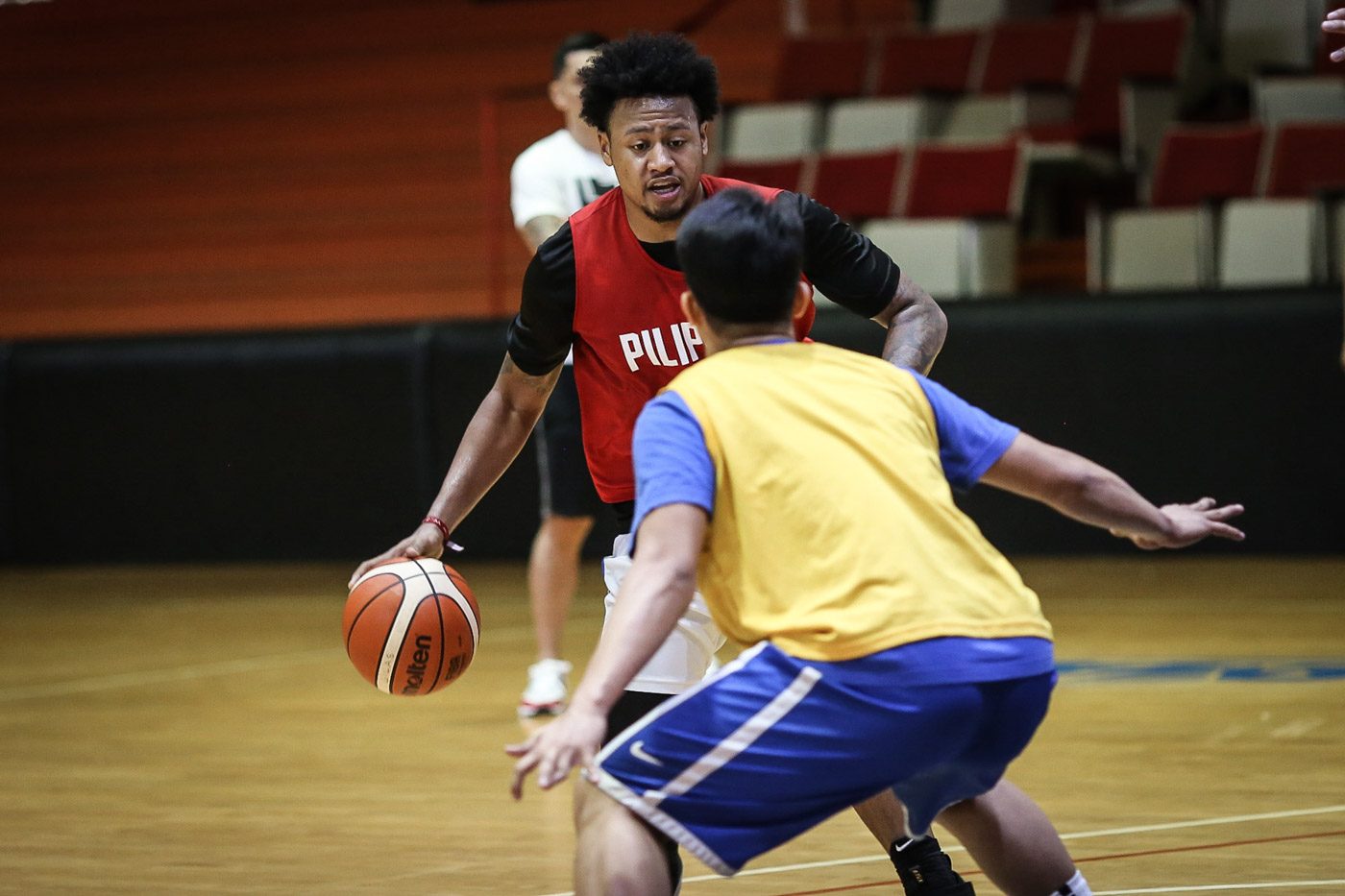 Facebook Twitter Copy URL
Copied
More than victories and prestige, the national team will endeavor to unite the country amid the ongoing Marawi crisis

But more than victories and prestige, the national team will endeavor to unite the country amid the ongoing Marawi crisis and give Filipinos back home something to cheer for.

“We always keep that in our minds. We’re also soldiers in a different battlefield. This is our small way of serving the people of the Philippines,” said Kiefer Ravena, who is set to play his fourth straight SEA Games and looking to cop a record fourth gold medal at the biennial meet.

“Our real soldiers are into a warzone or into a battlefield where you see guns, bombs, people dying. With basketball it’s also a war inside the basketball court. As a basketball country, we want to unite the country even for a few hours every time we play. For two hours, everybody’s one as Filipinos.”

Marawi City has been the battleground between government troops and terrorists since May, with the city and the rest of Mindanao also under Martial Law. (TIMELINE: Marawi clashes prompt martial law in all of Mindanao)

The news cycle on the Marawi crisis has since been tempered with other issues such as the transportation woes in the Philippine capital, but 19-year-old Kobe Paras wants to keep the plight of Filipino soldiers at the forefront.

“I have no hate towards showbiz and athletes. (But) why can’t it be about what’s happening to soldiers? I have no hate to any social media, but like it just sucks that you guys appreciate me for doing this because it should be normal for everyone,” he told Rappler after one of the team’s practices.

“It’s just like praying, nobody puts it on the news that everyone prays because we’re a religious country. So it’s just sad to see that no one appreciates the troops that much. The social media focuses so much on what people want to talk about, rather than need to talk about. “

Paras, who’s set to suit up for CalState Northridge in the US, has been vocal about the crisis and even wrote “Pray for Marawi” on his game shoes for the Jones Cup last month. He also posts about it on his Twitter account.

(WATCH: Kobe Paras on the Marawi crisis, importance of speaking up)

“Before our Jones Cup game, coach Chot sent us a video of before a PBA game where they literally paid respects to all the troops who died. Showed their pictures on the board,” he added.

“That’s what we gotta do, we gotta pay attention to them. Because without them we’d probably be dead by now. I’m gonna be honest. Because it just sucks that we wake up every day not knowing that we’re blessed to be where we are right now.”

(READ: Price tag for war in Marawi: P3B and counting)

The Philippine basketball team also aims to bounce back after a disappointing quarterfinals exit in the 2017 FIBA Asia Cup in Beirut, Lebanon.

Another SEA Games vet and Gilas cadet Mark Belo may be inserted into the lineup in lieu of Cruz should the SEA Games committee give its approval, according to coach Jong Uichico, who is leading this squad with coach Chot Reyes in Lebanon.

Belo, who was the star of the 2015 gold medal run, said he has already been cleared by his doctor to play. The former UAAP Finals MVP suffered a knee injury earlier this year that also took him out of the SEABA Championships hosted here in May.

Team practices have consisted of teaching and tinkering with the little details, as this is already a team that’s played together – albeit in various combinations – for some time now.

“They know the system but when you add some players here and there you have to tweak it a little bit so they get the flow,” Uichico said.

“Yes, we played well in the Jones Cup, but some of those players are with the FIBA Asia and now sila sila na lang nandito (they’re the ones left here).”

Maturity is something that this team has compared to the one in 2015, according to Rosario.

(Now there’s more SEA Games and international experience, and they also played in the Jones Cup. Many already have experience in international games. I think this team is more mature now.)

Ravena, who started competing in the SEA Games at 17 years old during his rookie year with the Ateneo Blue Eagles, also points out the advantage in familiarity with each other.

“Familiarity-wise hindi naman masyado mahirap, magkakakilala na kami (it won’t be too hard, we already know each other). Kapaan na lang (Just getting a feel of it), little adjustments when playing. For us it won’t be that big of an adjustment and we know what we’re capable of doing if that chemistry level goes higher,” he explained.

Ravena and Parks will serve as the leaders of this faster and more versatile team as it wards off upset-seeking neighbors (Uichico is particularly wary of Thailand, Indonesia, and hosts Malaysia).

“As the veteran I’m more of the stabilizer, more of the guy who would lead the team whenever things aren’t going well,” added Ravena, who is currently tied with former PBA player Rommel Adducul for the most SEA Games basketball gold medals at 3.

“But I’m with a group of guys who’s really mature enough to know what they’re doing, if they’re doing something right or wrong. For me, my job is not really that hard. I just have to lead by example.”

“The thing is right now I have to lead more. I can’t make those rookie mistakes I made, what, 3 or 4 years ago. So it’s just learning from one another and being able to share wisdom.”

Gilas Pilipinas, as always in this tournament, is the heavy favorite to win another gold. But should they succeed, and when all is said and done nearly two weeks from now, they will have achieved something far more meaningful than medals.

“It’s just a blessing and a privilege to honor the country, like what Kobe said, to be able to just represent your country. Bring that sense of unity, sense of love back to the country, especially with what we’re going through right now,” Parks said.

“We need this. It’s great to change the article on the frontpage to something positive, instead of how many people are dying, and Marawi is still going on. It’s just spreading the love and positivity.” – Rappler.com