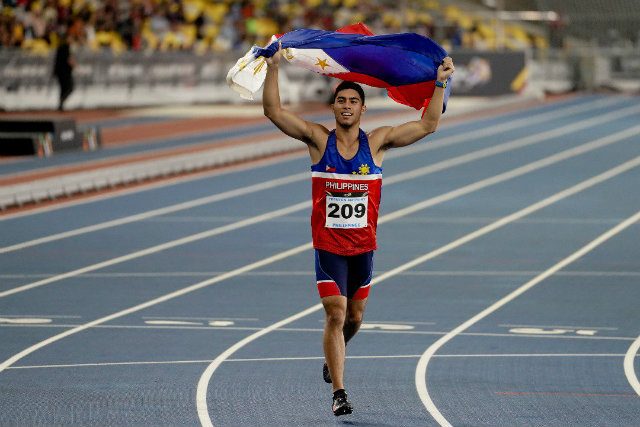 MANILA, Philippines – The Philippines has added gold number 10 to its medal haul thanks to Filipino-American trackster Trenten Beram.

Beram, a New Yorker who currently attends University of Connecticut, strongly pulled away from the rest of the competition during the last lap as he clocked in 20.84 seconds to pocket another gold medal for the country.

Finishing behind him were Thailand’s Arapong Meenapra, who got silver with 21.22 seconds, and Malaysia’s Thevarr Gunasegaran, who settled for bronze with a time of 21.26 seconds.

Beram previously set a new national record time (20.96 seconds) in the 200m dash at the Asian Athletics Championships in India back in July, and likewise became the first Filipino to log in less than 21 seconds in the race.